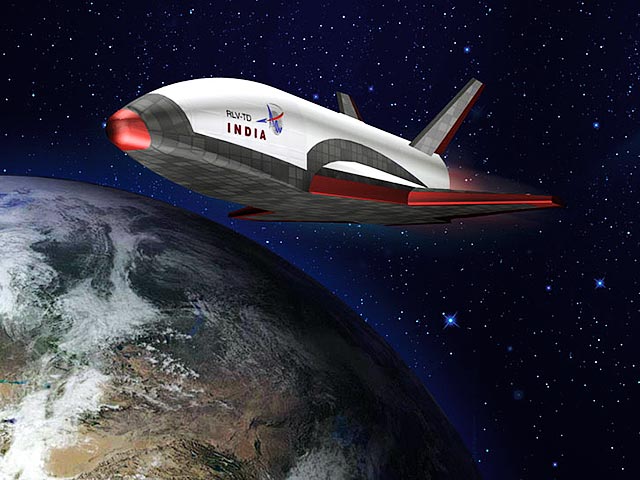 India successfully launched the first reusable launch vehicle of its own production. The space Shuttle prototype RLV-TD (reusable winged vehicle-technology demonstrator) was launched from the spaceport at Sriharikota island in Andhra Pradesh at 07:00 local time (04:30 GMT). After 20 minutes since the launch of the test has been found to be successful.

As explained by the progress of the testing space center. Vikram Sarabhai, the device is raised to a height of 70 km, and then in the Bay of Bengal within 500 km from the coast, there was an attempted landing on a virtual runway.

From the impact of the water prototype, as planned, destroyed. Collected during the experiment data will be used to improve the design of the space Shuttle and the development of a perfect runway.

The first ship had to be sacrificed for the sake of further successful promotion of the program. For the fabrication of RLV-TD with a length of 6.5 m, a weight of 1.75 t and a cost of $ 14.5 million took more than five years.

RLV-TD is reduced by six times the copy of the Avatar reusable spacecraft, which India hopes to increase until tender roughly by the year 2030. During launch, the developers intend to check the specifications of small apparatus, including its ability to develop a supersonic speed. For finalization of the Indian space Shuttle will take approximately 10-15 years.

Avatar will be much less American shuttles and similar in size to the MiG-25. He will be able to output in low earth orbit a payload weighing up to 1,000 kg According to the calculations of Indian professionals, reusable technology will help to reduce the cost of launching objects into space ten times.