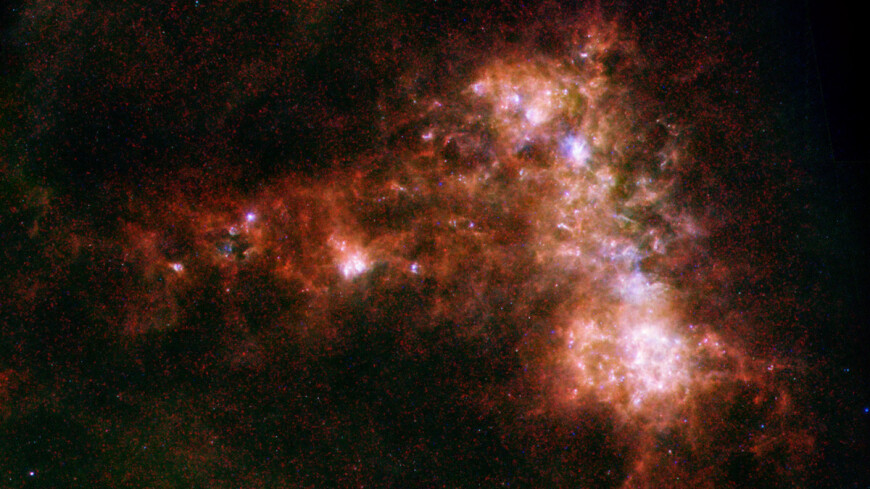 Astronomers from the University of Pune in India have discovered the oldest known radio waves. They are located in the Abell 980 galaxy cluster, according to Astronomy & Astrophysics.

Radio waves are quite common in the universe. Even the Milky Way has them. Radio waves are generated when a supermassive black hole is in an active phase and absorbs matter from the surrounding space.

In this case, most of the material falls into the black hole, but a certain amount is directed along the lines of the external magnetic field to the poles of the hole and is ejected from there in the form of two jets. These jets move at a speed close to the speed of light. They penetrate into intergalactic space and expand like petals. Due to the acceleration of electrons, the formations emit radio emission.

Scientists have noted that the petals-radio waves can extend for millions of light years. They influence the intergalactic medium with rarefied gas. Studying these structures will allow us to better understand this environment and the repetitive black hole activity that creates them.

But observing radio waves is not easy, as they disappear quite quickly. The authors of the new study suggest that the waves can persist for a long time in the hot, stable environment of a cluster of low-mass galaxies.

Using the giant Metrewave radio telescope, they discovered such a medium in the Abell 980 cluster, located about two billion light-years away. Scientists have identified faint radio structures 260 million years old.

Astronomers have also identified the “parent” galaxy where the waves were coming from. In 260 million years, it traveled 250,000 light-years and emitted another pair of petals.

The scientists stressed that in the future they intend to study such formations using ultra-sensitive telescopes in order to better understand their nature.