Inside the giant of Mars flowing mantle flows 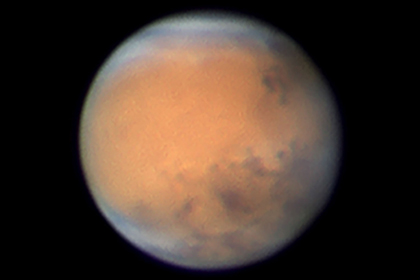 German and French scientists described the location of the largest plumes of Mars — hot mantle flow directed from the core towards the crust of the planet.

Experts have made the most precise, according to them, three-dimensional computer model of the distribution of heat flux emanating from the bowels of Mars. Building scientists predicts the location of the regions on the planet’s surface, where the magnitude of the flows differ from one another to about three times.

The field of Mars with the high heat flow values are probably under mantle plumes. These regions scientists refer, in particular, the largest volcanic areas of the planet — the Elysium plateau and the province of Farshid.

Geophysicists study is motivated by the InSight mission (Seismic Investigations, Geodesy and Heat Transport), which is to land on Mars in November 2018. One of the most important tasks of the namesake of the lander will study the internal structure of the red planet.