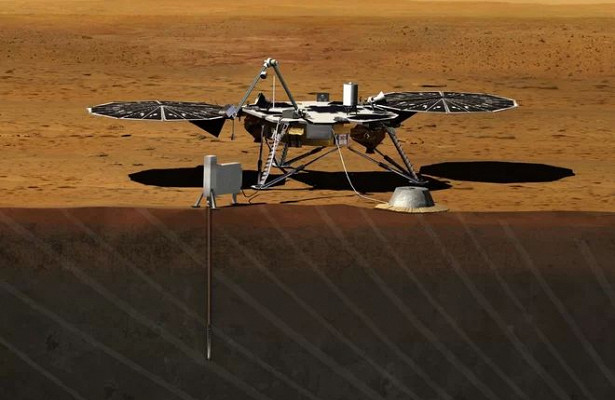 To study the seismic activity on Mars will be the new InSight lander, which is scheduled to launch on Saturday from Vandenberg air force base (California). Start booster Altas-V401 scheduled for 04:05 time on the Pacific coast (14:05 GMT). First, the station will be put into polar orbit around the Earth, and then, after the engines are turned on, it will enter the flight path to Mars.

As reported on Thursday, the Internet portal Space.com the new research station will reach the red planet in November 2018 and November 26 will land on the upland of Elysium — the second largest after the province of Tharsis volcanic area on Mars. Within two years, she will study the internal structure of the planet, registering tremors. They can occur for various reasons, in particular, as a result of the fall of meteorites that do not burn in a more sparse Martian atmosphere.

The first attempts of such researches were carried out with the use of seismographs on the descent vehicles “Viking-1” and “Viking-2”, launched by Mars in 1975. However, on “Viking 1” this device is not earned after boarding, and “Viking-2” did not have sufficient sensitivity, because it was not installed on the Martian soil, and on the descent module. InSight is equipped with much more advanced equipment, which is expected to record both meteorite falls and deep processes.

In addition, the automatic station, which will remain at the same point throughout the research cycle, has equipment for measuring the temperature of the subsoil layers, as well as a drill with a length of six meters. Radio signals are installed on the surface of the station, which will allow you to accurately measure the parameters of the movement of Mars in orbit.

The launch of the automatic interplanetary station from the Vandenberg airbase is the first time since 1994, when the strategic defense initiative Organization and NASA launched the Titan 11G launch vehicle with the Clementine device designed for the study of the moon from this launch pad.