Interference to the formation of new stars detected 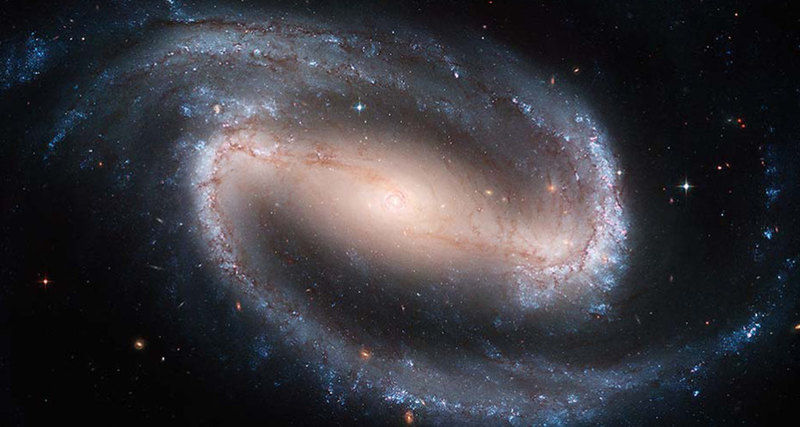 Clouds of gas and dust in space, called the cradles of stars, often, contrary to expectations, remain empty. But scientists have found out why new stars do not form in them: the thing is the collision of gases at too high speeds.

The spiral galaxy NGC 1300 is one of the most beautiful of those observed by man, but very few stars are born in its clouds of gas and dust, despite the fact that there are plenty of raw materials for this.

New computer modeling could explain the paradox that is observed in some other galaxies. Gas clouds collide at such high speeds that it prevents the formation of new stars. That is, high-speed collisions of gas clouds could interfere with the birth of stars immediately after the Big Bang. And this mystery of the early Universe has long haunted astrophysicists.

Located about 68 million light-years from Earth in the constellation Eridanus, the galaxy NGC 1300 resembles the inverse letter S with outer spiral arms of blue color and a yellow-orange strip passing through the center of the galaxy. These colors mean that gas and dust form new stars in the arms, but in a band stretching for 50 thousand light years through the center of the galaxy, there are very few or none at all.

To understand why the yellow-orange strip of the NGC 1300 galaxy, consisting of dust and gas, does not have the expected number of new stars, the researchers modeled the orbit of gas clouds around the center of the galaxy. It turned out that the gravitational attraction of stars makes the clouds collide.

“We think cloud collisions are very fast,” said astrophysicist Yusuke Fujimoto of the Carnegie Science Institute in Washington. Scientists have calculated that the clouds collide at a speed exceeding the “normal” by about 10 kilometers per second. High-speed collisions cause such turbulence in the clouds that it simply prevents stars from forming.

Fujimoto and his colleagues also suggest that high-speed collisions of gas clouds prevented the creation of stars immediately after the Big Bang, when the Universe was not so large and cramped. Star formation peaked only a few billion years after the birth of the universe.