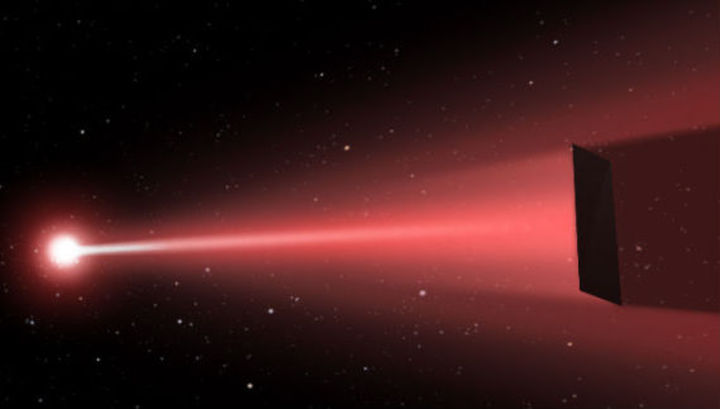 Many dreamers in the present and the past, looking at the stars, imagine walking on another planet. The same idea is a major theme in many sci-Fi movies for already a century.

However, when it comes to turning science fiction into science fact, there are various unfortunate limitations that scientists are still only looking for ways to fight. To begin with the fact that at present there are no technologies that allow you to quickly travel between worlds (concepts are developed, but implementation of these plans is far).

Among the other compelling reasons are cost large amounts of cash. So to send the mission with the crew even on the next planet, it requires a lot of money, time and effort.

But, all is not lost, according to the engineers. Thanks to the continuous development in the field of miniaturization of electronics, it is possible that in the future humanity will be able to send to other worlds a small spacecraft that will carry at least something from humanity.

This is the hope of Professor Philip Lubin (Lubin Philip) and Travis Brashers (Travis Bradshears) — the founders of the program Voices of Humanity (Voice of humanity). The project recently started to collect funds for the implementation on the platform Kickstarter.

Lubin Professor, University of California at Santa Barbara. He is also a scientist projects Directed Energy Propulsion for Interstellar Exploration (abbreviated DEEP-IN-sponsored Agency NASA, and Directed Energy Interstellar Study. These programmes involve the development of technologies that will accelerate the spacecraft to a speed commensurate with the speed of light, using an array of lasers and big sails. Engineers believe that they will help to realize the dream of interstellar flights.

In addition to this fundamental work, Professor Lubin and Bradsher launched a joint project Voices of Humanity, aimed at creating the world’s first space time capsule. Such capsules, which are sometimes called the letter to the future, are a kind of message for the future generations. And usually they are placed in a basis of construction of buildings or monuments. Lubin and Bradsher felt that this idea can be implemented on a cosmic scale, but only the capsules will already be with all of humanity.

To realize this idea, you must create a Humanity Chip (Chip of mankind), a special semiconductor storage device that can be attached to a small spacecraft that is part of the project is DEEP-IN or other similar programs. This chip will contain data, including messages, media files, and even digital copies of the DNA of all those who want to take part in the mission.

We want to put on Board some part of humanity. Of course, we can’t save people, so Travis and I thought about the fact that people can become a sort of digital astronauts. We would like to pave the way for interstellar missions, which would send part of humanity to the stars, ” says Lubin.

This digital archive will be similar to the Golden record placed on the Voyager probes mission, but much more difficult. Using all the advances made in computing, electronics and data storage for the last time, the archive will contain several million times more information and at the same time remain incredibly tiny.

According to Lubin, data archives, of course, does not compare with real astronauts studying other planets, but it will allow humanity to send at least part of themselves to space travel.

Scientists plan to launch its first chip 1.0 Chip Humanity to low earth orbit in 2017. This will be followed by the creation of second — Humanity 2.0 Chip.

Ultimately, the researchers hope that the chips of mankind will be part of the missions and their path to the destination will be gradually increased, and, in the end, will lead to a mission to interstellar space.