Invisible comets the most dangerous threat to the Earth 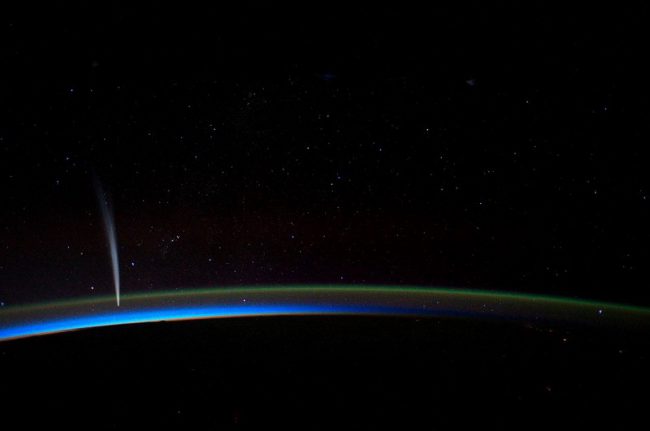 There are lots of various cosmic catastrophes that we can say, not caring about what is happening on the Ground. The star can penetrate into the Solar system and swallow our planet, or to knock us out of orbit in the permafrost. Gamma-ray burst or a supernova can happen too close to us (or toward us) and destroy all life on the planet, sterilizing it. Not have to go far — just 65 million years ago a large fast object like a comet or an asteroid fell to the Ground, Ismailov almost all life. It would be nice to at least prepare for fate, to know what it will be. But what if there is no chance? If we arrive to an invisible comet? Such a possibility exists.

Sudden fast-moving object, crashing into the Earth, poses a threat to life.

Bill Napier is a scientist that studies potentially hazardous objects from space. He rightly points to the fact that at that time, as most of the efforts in cataloging potential dangers to the Earth are concentrated on near-earth objects like asteroids leaving the main belt and crossing the orbit of the Earth, all this does not reflect real threats. Not necessary to wait, when the asteroid near Jupiter, or a comet near Neptune feel the need to change orbit and sent into the inner Solar system. Between the orbits of the four gas giants have many objects (centaurs) that can go inside without any warning, and most of them are not included in the directories. Napier argues that many of these centaurs is invisible to us, so when they still dare to us, it may be too late.

Born an important question: how to see the invisible, dark comet? It’s not just a comet that rushes to the Sun and reflects the light so that it is visible even to the naked eye. Over billions of years the centaur can lose all the volatile ICES, and with them, and reflectivity. However, the sun emits so much light that even the comet of medium size (like a centaur), absorbing 99.9% of sunlight, is still vidan with distance to Saturn. Moreover, comets usually are composed of ice that reflects the light and come to the surface with a heated object. The darkest objects in our Solar system, like our moon, will reflect a lot of light, especially in the infrared spectrum.

But there are other possibilities to consider. What if flying to us the comet is highly reflective is in a strange position, for example, icy, but so that the reflected light will be moving away from the Earth? This is less obvious, but it doesn’t work. When the object enters the inhabited planets of the Solar system, it heats up. The heat acts on the ice and leads to the formation of the long-tail, which points in the direction from the Sun and which will be immediately recognized even by non-professional observers of the sky.

Perhaps nature has conspired with the comet and make her invisible from our point of view, the tail? To hide the tail, the comet should be pointing directly at us and fly to the Sun, the Earth and the comet were in a straight line. If the tail will be pointing away from us and hide behind a comet, we won’t be able to see him? Alas, it is too far from the truth. The tails of comets not only point away from the sun, they also diverge from the comet. Even around the comet in the above scenario will be visible coma around it. And again, this is quickly noticed by astronomers.

Invisible comet could pose a serious threat, but will differ in form from the proposed Napier. Imagine, if you can, that bright, reflective comet tail and coma is committed to us on all pairs. Could there be a direction where we will not be able to see her perfectly? May: in the direction from the Sun.

Telescopes do not dare to look too close to the Sun, even in space, because even a glimmer of direct sunlight can destroy and fry the optical system. If any object — a comet, an asteroid, a centaur or a fragment, mercury will pass the Sun and will accelerate from it, the correct trajectory can send it towards the Earth. Therefore, it is very important that the NASA STEREO satellite was afloat.

At the moment the technology to reject an incoming asteroid or comet in a short period of time have been developed, but with many observatories in different locations in the Solar system, we could see everything that is sent to us. In the future a thorough infrared survey of the entire sky would allow us to make a complete census of the centaurs in our Solar system, and the launch of WFIRST in the 2020s, the years will help us to map potentially dangerous objects at large distances. But the chances that an object will fly to the us after his orbit, something will break is extremely small. Much more likely that dlinnoplodny the comet will come to Earth in its orbit.

Comet swift — tuttle, which gave rise to the Perseids, it’s the single most dangerous object known to humanity. In the fall she will release 20 times more energy than released by the legendary killer of dinosaurs 65 million years ago. But we have a lot of time, not to let that happen. In General, no dark comet is no threat to us, if we are careful enough. In any case, we should have at least a thousand years to build enough developed mechanisms of protection.