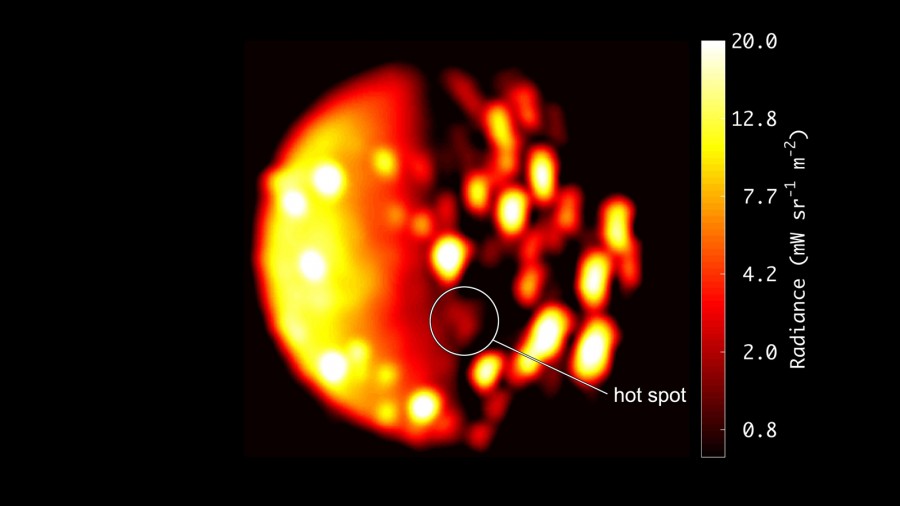 Analyzing the data collected by the station “Juno”, the scientists found traces of a previously unknown hot area on the surface of Io. Its infrared images were obtained using the JIRAM (Jovian Infrared Auroral Mapper) tool on December 16, 2017. At the time of shooting, Juno was located at a distance of 470 thousand km from the surface of the volcanic moon.

According to mission experts, the region is in the region of the South Pole at a distance of 300 km from the nearest cartographic hot point of Io. They do not exclude the possibility of shifting the latter, but on the whole they consider such a scenario extremely unlikely. Most likely, Juno opened a new volcano.

Io is the most active body of the solar system. Interplanetary missions and terrestrial telescopes found on its surface more than 150 foci of volcanic activity. In total, according to experts’ estimates, there are at least 400 active volcanoes on Io. The streams of lava eruptions stretch across the surface of the satellite for hundreds of kilometers, constantly changing its landscape. On Io there are whole lakes filled with molten sulfur. 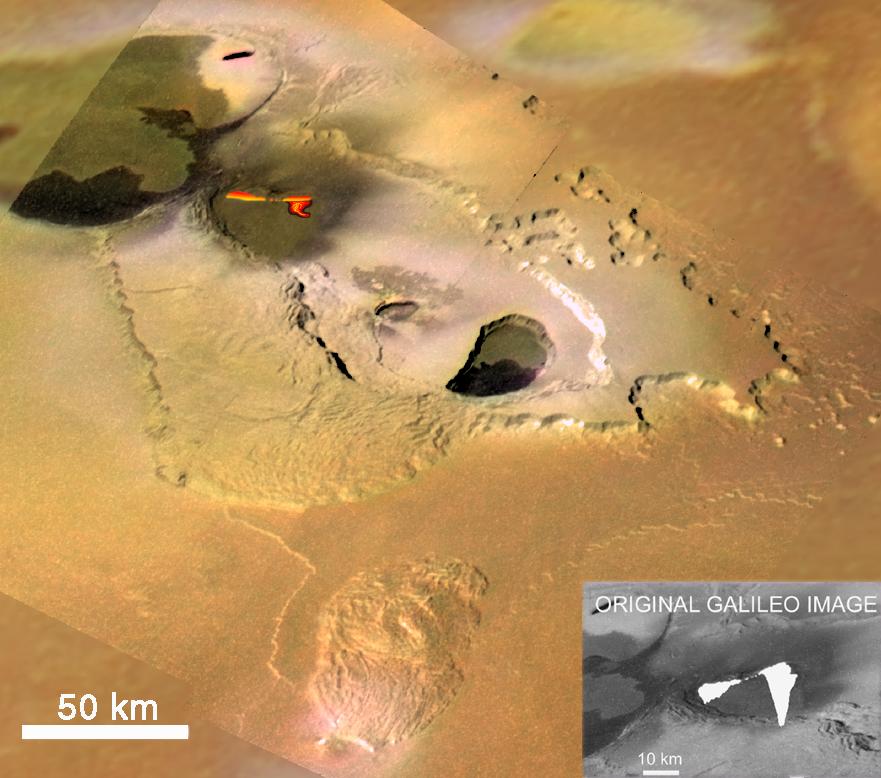 To top it all, the gases and solid particles emitted by Io volcanoes interact with the magnetosphere of Jupiter and strengthen it. Because of this, the orbit of the satellite actually passes inside one of the powerful radiation belts of the giant planet. The level of radiation on the surface of Io is such that a person would receive a lethal dose of radiation in just a few hours.