Ionized hydrogen is detected in our Galaxy far from stars 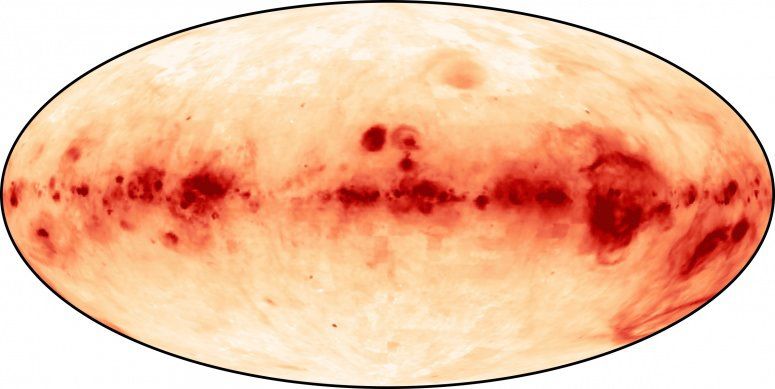 Astronomers using the Wisconsin H-Alpha Mapper tool (WHAM) found that ionized hydrogen in our galaxy The Milky Way is located not only in the vicinity of the stars, but also at a relatively large distance from them.

In the late 1970’s. Astrophysicist Ron Reynolds of the University of Wisconsin in Madison, USA, sent a specially designed spectrometer to the sky and discovered a phenomenon that had not previously been observed-the reddish glow of ionized hydrogen in interstellar space. Later Reynolds and his colleagues developed the WHAM tool, a spectrometer capable of recording this dim, diffuse light emanating from interstellar space.

In the new work, scientists using the tool WHAM published the most detailed map to date of ionized hydrogen filling the Milky Way galaxy. Now known to astrophysicists as the “Reynolds layer”, this structure, 75,000 light-years in diameter and 6,000 light-years in thickness, is located in the plane of the galaxy and rotates with it.