Is it possible to extract oxygen from the Martian atmosphere? 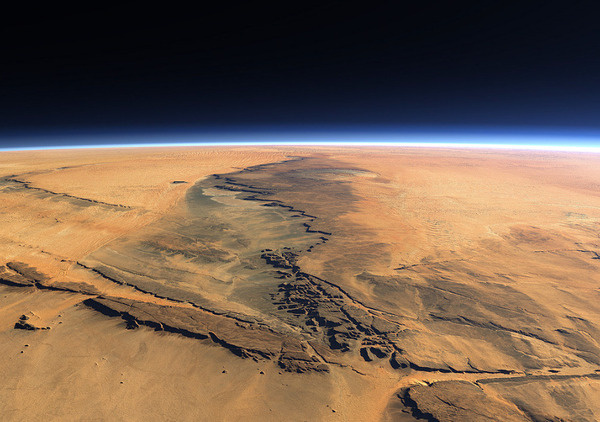 A manned mission to Mars will be the most ambitious space project of this generation, but exactly until we do not land people on the Red Planet. Such a bold step requires the most rigorous preparation. First, it is necessary to build suitable missiles and spacecraft that will be able to deliver probes and people to the planet. And if we talk about the NASA aerospace agency, its task before the actual flight to Mars is also the construction of an orbital lunar station, which will serve as a staging post on the way to the rest of the solar system.

After the successful launch of space mission CRS-12 company SpaceX to deliver new cargo and supplies to the ISS, Acting Head of NASA Administration Robert Lightfoot Jr., In an interview with the portal Futurism told about what additional challenges to be faced before going to Mars.

“If we look at our plans for a flight to Mars, then the International Space Station takes the most active part in them. For example, we are experiencing our life support systems there, “Lightfoot said.

He also added that the Moon will be the next logical step in realizing the goals set by the agency.

Yet the flight to Mars and the opportunity to survive there are two separate but equally important aspects of the same mission.

“We will try to make sure that when conducting a scientific mission or a manned flight, we will be fully prepared for everything,” Lightfoot added.

Nobody wants to just fly to Mars, land there, scream “I did it!”, Sit back in the spacecraft and head home. The exploration of space is not just a symbolic pretext for carrying out this mission. We want to stay on Mars and establish a colony there. Of course, in some distant plans there is even a clause about the terraforming of the Red Planet, but in the long term it may take thousands of years to realize this idea, if at all possible. Therefore, as Lightfoot says, people will learn little Mars, but very important steps. And, perhaps, the most important of them is providing access to a source of clean air for breathing.

“The next rover, which will go to the Red Planet in 2020, will participate in an experiment in which we will try to extract oxygen from the atmosphere of Mars. The experiment and its results are certainly related to our further plans to develop this planet, “Lightfoot explained.

We know that the atmosphere of Mars is much thinner than the terrestrial and 95.32% consists of carbon dioxide. There is also nitrogen (2.7 percent), argon (1.6 percent), about 0.13 percent of oxygen, and several elements in smaller volumes. For comparison: in the Earth’s atmosphere of nitrogen 78 percent, 21 percent is oxygen. Getting water on Mars should not be a problem.

Is it possible to extract oxygen from the Martian atmosphere? NASA spoke of this desire back in 2014, when for the first time it began talking about a new rover for the 2020 mission. Most likely, this will require delivering to the planet microorganisms, perhaps bacteria or algae, which will use the Martian soil as a “fuel”. The resulting product may be cleared and made suitable not only for breathing, but also for use in production of rocket fuel for return flights to Earth.

Now this may sound very futuristic, but laboratory experiments show that this is really possible. That’s why sending a rover in 2020 is a mission critical for further success. Among other tasks that will make life on Mars safe, there is also the creation of a magnetic shield (similar to the earth’s) around the planet, the construction of a nuclear reactor, and, of course, the cultivation of potatoes, just like in the movie “Martian”.