Is it possible to get to space without a big rocket? 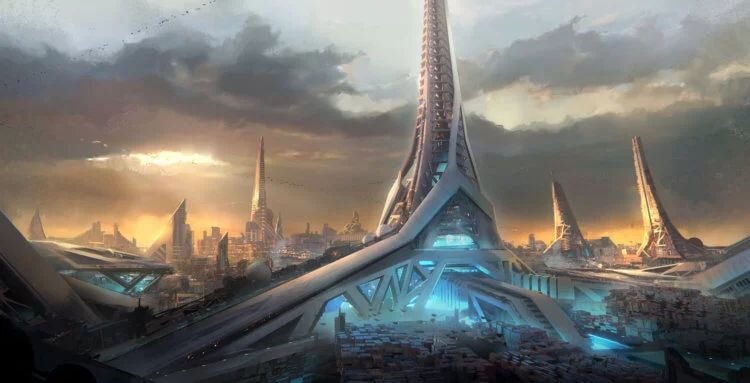 Since people began launching satellites into orbit in the 1950s, we rely on large, powerful rockets capable of escaping from the tenacious legs of Earth’s gravity and into space. But large missiles have a big drawback: because of them, space launches are expensive. The launch of the Space Launch heavyweight rocket will cost NASA $ 1 billion for each launch. Far more democratic launch of Falcon Heavy will still cost between 100-150 million dollars.

However, for decades, visionaries have been looking for a way to get into space, not relying – at least not completely – on rocket power.

From air to orbit

One alternative approach, launching from air into orbit, will probably replace the rocket. Stratolaunch, a private space company founded by Microsoft co-founder Paul Allen in 2011, had an ambitious plan to deploy the world’s largest airplane with a wingspan of 117 meters. The plane even seemed to be ready, but the company had to abandon most of its projects.

According to the plan, the plane was supposed to go to a height of 10,668 meters and there act as a high-altitude launch platform for small rocket devices. Once released, they would not have to overcome the resistance of thick lower atmosphere, as land-based rockets do, and they would fall into orbit without burning too much fuel. In August 2018, the company showed four different types of vehicles, including a reusable spaceplane capable of carrying cargo or people.

Virgin Orbit planned to use the modified Boeing 747-400 as a platform for the LauncherOne rocket, which would put satellites into orbit. In November 2018, the first test flight of the rocket took place.

Several other, more exotic concepts are still on the drawing board. James R. Powell, one of the authors of the concept of superconducting maglev engines for trains of the mid-60s, and his fellow engineering engineer George Maze have been advocating the use of this technology for launching spacecraft for many years.

Instead of the launch pad, the Startram project would rely on a massive raised launch tube. “Imagine a maglev in a vacuum tunnel,” explains Powell. “Since there is no air resistance that slows down the apparatus, and there is no need to transport huge amounts of fuel on board (as in the case of rockets), it will be relatively easy to achieve an orbital speed of 30,000 kilometers per hour or even more. When the device leaves the tunnel at a high altitude (for example, on the platform of a big mountain), it will move so fast that it will actually fly into orbit, and a small rocket will help round out its trajectory. We also developed several mechanisms that will keep the vacuum in the tunnel after starting, so it can be quickly used for the next start. All the important components of the Startram system already exist and are well studied. ” 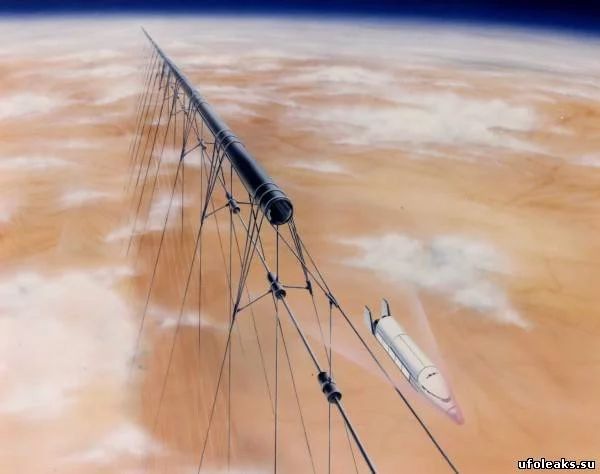 Powell first started thinking about using superconducting maglevs to launch spacecraft after a suggestion from a NASA colleague in 1992. First, he and Maze developed a $ 100 billion system concept suitable for manned space launches, in which a pipe would be lifted using massive superconducting cables. They also developed a reduced system of cargo pipes with a length of 100 kilometers, rising to a height of 4000 meters on the slope of a high mountain. This system alone would have cost $ 20 billion – however, this is less than the cost of developing a new heavy NASA rocket.

After construction, Startram could transport 100,000 tons of cargo into space each year, many times more than the rockets are now carrying, and bring the equipment to low earth orbit at a price of about $ 100 per kilogram. This is much cheaper than the cost of delivering cargo to space now.

“The biggest technical problem is the exit window of the launch tube,” says Powell. “The pipe must remain in a vacuum, so when the vehicle leaves the launch tube during start-up, we must prevent air from being sucked from the atmosphere.” Startram must hold the air outside, using steam nozzles to reduce the air pressure outside the outlet and use the magnetic hydrodynamic window, which will use a strong magnetic field to continuously eliminate air.

Another idea, which for many years, is the construction of a space elevator. Back in 2000, an article appeared on the NASA website describing a high tower near the Earth’s equator, which will be connected by cable with a satellite in geostationary orbit at 35,786 kilometers above sea level and which will act as a counterweight. From four to six elevator devices on electromagnets could move along the tower and fall on platforms at different levels. Going out into space could be accomplished in five hours – admiring the beautiful view.

This concept dates back to 1895, when the Russian scientist Konstantin Tsiolkovsky proposed building a “heavenly castle”, which would be attached to a structure resembling the Eiffel Tower in Paris. Since then, fans of the idea continue to promote this concept and even created the organization “International consortium of space elevator”, which regularly publishes various technical studies. However, the feasibility of the space elevator came to doubt in 2016, when Chinese scientists published a paper in which they reported that carbon nanotubes — a material that had high hopes and could form the basis of a cable for a space elevator — are vulnerable to a defect that can significantly reduce their strength.