Is it possible to populate Mars with earthly life? 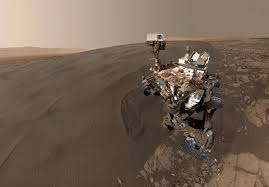 This recent self-portrait made by the Mars Curiosity (NASA) shows it shortly after he received a sample of the dark sand of moving dunes along the flank of the Martian slope.

Since the dawn of the space age, the US Space Agency NASA and other agencies have spent billions of dollars to send the mission to Mars to investigate it. Despite the rather long research of this dry planet, no convincing evidence of the existence of life on the Red Planet has been discovered, although scientists are sure that the water in liquid form on Mars was.

Some scientists believe that one should not only study geology on Mars, but also monitor its daily weather changes. This is due to their belief that not only studying the long-term climate can help us create a complete picture of how Mars evolves and how it is suitable for building colonies. Will life on Mars be brought back from Earth? If your life on Mars has never been and is not. Researchers place high hopes on future manned missions to Mars in order to answer this question.