Is it possible to return to Earth, if you fly in space in a straight line?

In those days, when people thought the Earth was flat, it was heresy to suggest that a long journey in a straight line will eventually bring you back to the starting point. But it’s true: walk, fly, swim 40 000 kilometers in one direction and you return back to where we started. And then you think: is it possible to do the same trick in space? If you take a missile that can fly fast enough and long enough not to collide with the distant stars or galaxies can eventually return to point of departure?

At first glance, this may seem crazy, but really not. One might think that the universe is infinite and goes on forever in all directions, but we have evidence that the shape and size of the Universe is quite finite. First, it only took 13.8 billion years since the Big Bang, and we can see the amount of space which called for the light for 13.8 billion years, highlight each visited point. Second, there are hundreds of billions of galaxies, which in the past were younger, and the farther back we look, the more clearly it becomes. Could it be that one (or more) of these galaxies is a young version of the milky Way in which we grew up? Finally, just as the Earth has two dimensions that we could use it to move (from North to South and from West to East, but not from the top down), can the universe be multidimensional structure (hypersphere or hyperterm), in which the many dimensions closed and bounded, twisted in on themselves? 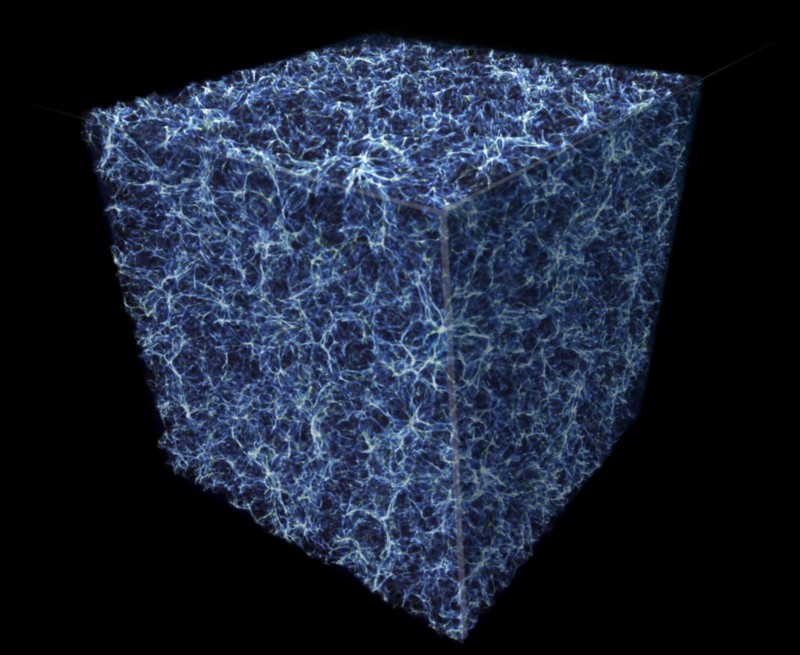 If Yes, then if you were moving in a straight line long enough, eventually you’d be back where we started. And if you were immortal, one day you could see the rear of your own head, just looking for quite a long time because your eyes will eventually see the light reflecting off your own head. Well, if the universe really is, how do we know this for sure?

For this we need to look at the Universe on the largest scales and to find places where it has the same properties in all directions. The ultimate and twisted universe would mean that the same structures appear again and again. Although most of the Universe is difficult to define as twisted as the limited speed of light means that we see the same objects at different stages of their evolution (like the younger of the milky Way), there will always be objects that are at one stage of evolution in different places. The large-scale structure of the Universe does not show such structures, but we have another more appropriate place to search: the cosmic microwave background. 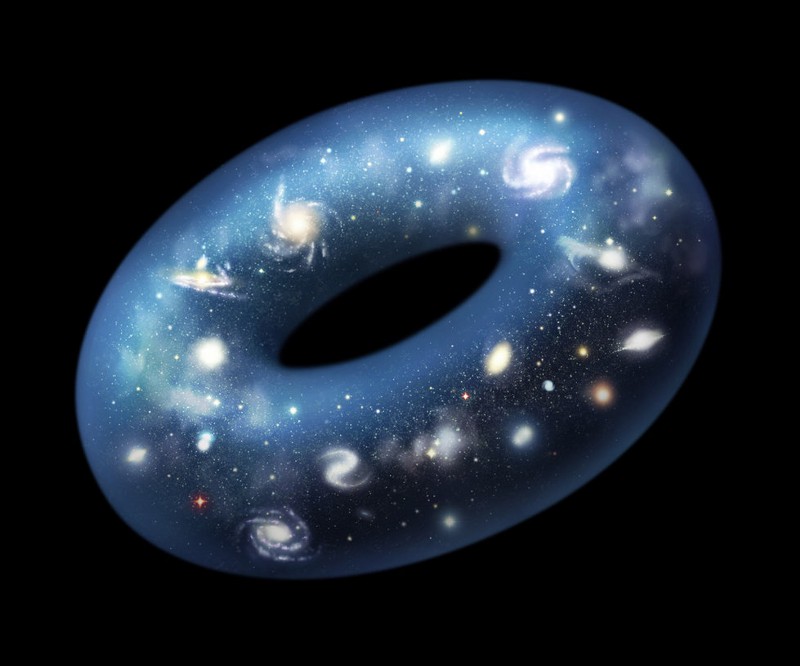 Fluctuations in the afterglow of the Big Bang have very specific repetitive samples, but also show the random distribution of these samples. For a repeating non-random signals in the correlations of fluctuations of different parts of the sky has developed many algorithms. If the universe was finite and twisted — if parts of it were repeated in other places — that would affect the cosmic microwave background. 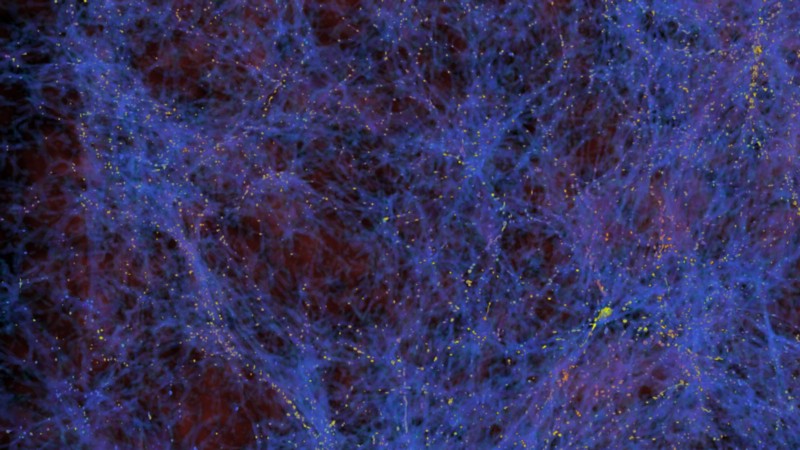 But the lack of observed repetitive structures does not mean that the universe has the topology of this type. This means that if the universe does repeat itself, presenting a closed hypersurface, and we could theoretically be at the same point, moving in a straight line long enough, but it will be noticeable on the scale, which are more observable part. And given that we are limited by the distance traveled light for 13.8 billion years, this scenario is quite possible.

But there is one thing.

No matter how we technically developed, one day in the future, yet we are limited by the speed of light, we will never know whether the universe behaves in this way. Thanks to the dark energy and the accelerated expansion of the Universe, it is physically impossible to achieve even the current borders of the observable Universe we will be able to pass a maximum of a third of the way. If the universe is not repeated on the scale that is less than 15 billion light years diameter modern, we will never return to the point from which he started, moving in a straight line. 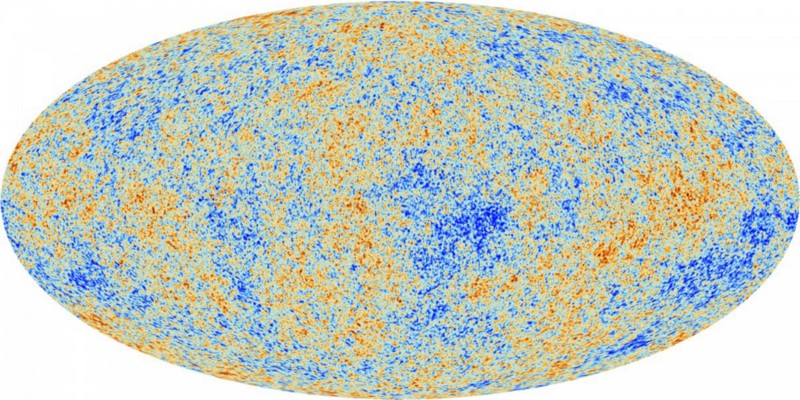 But this does not mean that the universe cannot be closed, end and a twist in hypersphere. This means that the expansion of the Universe — accelerated expansion — prevent us from “around the world” in the Universe. Due to a combination of factors such as:

we may never know, our universe is infinite or not, and what is its true topology.

All we can see is the part available to us that allows us to set constraints on the possible topologies of the Universe. As far as we can tell, it’s flat, non-repetitive and may, but not necessarily, infinite. Perhaps as time passes, when the universe will be revealed to us more and more, our measure of curvature will become more accurate and reveal to us new truth. Despite the fact that we have very limited opportunities to observe the cosmic horizon may be new, yet unknown possibilities.