Is it possible to terraform Mars? 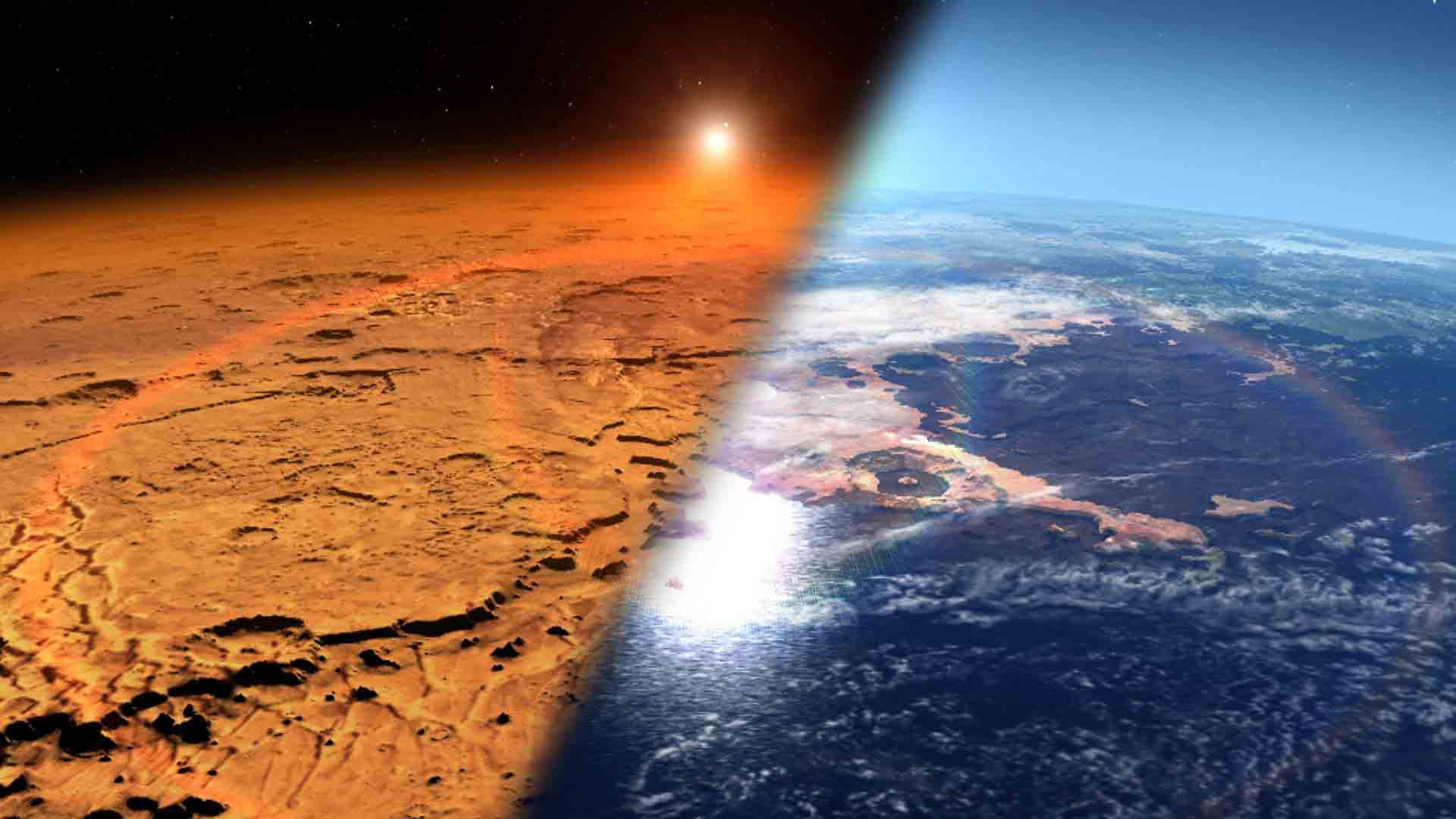 The development of Mars last time is one of the main topics that attracted the attention of the world scientific community. How realistic is the terraforming of the red planet taking into account the possibilities of modern technologies and offers you a detailed overview of the potential ways of colonizing it, and other planets of the Solar system man.

For the past many decades people are seeking life or at least signs of it on Mars. So far, these studies have not yielded the desired results, but the idea of a “living” Mars continues to haunt the minds of the scientific community worldwide. If we didn’t find life on the red planet, then perhaps we will be able to bring her back? What if we could turn sandy, rocky landscape of Mars into a blooming garden, — the likeness of our own world?

Despite the fact that for the layman it sounds like science fiction, researchers in the public and private sector to seriously study the question of how modern technology can terraform Mars, and for the most part because it will make the colonization and further exploration of the planet is much more simple.

So is it possible to terraforming Mars?

The answer is Yes. However, scientists believe that it was feasible much less dramatic way than proposed by Elon Musk idea to detonate a nuclear missile in the thin atmosphere of Mars. “It is a mistake to assume that the nuclear charge contains a sufficient amount of energy. If you take all existing nuclear weapons on the Earth, it will be equivalent to the energy that Mars receives from the Sun in just one hour,” explains Chris McKay, a planetary researcher at NASA. According to him and other scientists, to heat Mars to humanity will help sunlight. A good example is the global warming of the Earth caused by the thinning of the ozone layer and therefore the excess dose of solar radiation, which increases the temperature of the planet. Michael Chaffin, a scientist working on the Mars Atmosphere and Volatile EvolutioN (MAVEN), I am sure that the atmosphere of Mars need to do a little bit bigger in order to make it similar to earth. “We found that in the early stages of the formation of life on the planet, it is imperative to keep on the surface of the water, which is only possible with much thicker atmospheric layer than the one that exists now on Mars,” he says.

Currently the atmosphere of Mars is so thin and so bad at trapping heat, that water can exist on the surface of the planet solely for short periods of time. “If you take a glass of liquid water and pour it on Mars, part of it will freeze, and the other part will turn into steam. In any case, it will not remain in a liquid state for a long time”, I’m sure the Coffin. Theoretically, if we could pump part of greenhouse gases from the Earth’s atmosphere to Mars, it would be possible to warm up the planet to such a state that it quiet there were a large number of liquid water, as it was in the distant past (about 3.5 billion years ago). The thicker the atmosphere the more stable the atmospheric pressure and the temperature on the planet, and therefore water will also stabilise.

McKay is confident that one of the ways to implement such a program is the production of super-greenhouse gases — perperoglou (PFCs) in special plants. They would break the thin ozone layer of the planet and would not be a toxic threat to potential colonists, but were able enough to keep warm on Mars. Then, 100 years later after warming up the planet people will be able to start planting plants on Martian soil. By consuming CO2 and releasing large amounts of oxygen, herbs gradually alter the chemical composition of the atmosphere, making it suitable for breathing process which, if to speak about the present level of biotechnology development, will take thousands of years.

One of the main features that you will need to take into account the future programme of terraforming, is that Mars already contains greenhouse gases, for example CO2 is known to all. If you carry out work without considering their impact, you can heat the planet too much. As a result, instead of Eden, you will get a Venus — a planet with a dense atmosphere, which consists of greenhouse gases, causing the surface temperature so high that it can melt the lead. In addition, the atmospheric pressure there is so high that on Earth one can see only in the ocean, at a depth of about 900 meters.

Currently, McKay is working on calculations that will allow us to estimate the amount of CO2 in the frozen state near or beneath the polar ice cap of the planet. According to experts, there is still enough carbon dioxide to heat the planet, but the exact number still remains unknown. But suppose we managed to create quite a wet and warm planet for life. However, what will happen to its atmosphere? Of course, Mars will again lose her. However, according to the forecasts of scientists, will take about 100 million years, in the scale of humanity is so vast a period that it worth at least trying.

The world is different, and the same rules for all?

The differences between Venus, Mars and Earth at first glance, pretty obvious. One too hot, another too cold, the third in the just right person. But, by and large, they are all rocky planets of medium size. Models of climate change developed on the Land, are likely to work on other planets — we just have to account for differences in the thickness of the atmospheric layers, the size and the relative proximity of each planet to the Sun. However, some aspects of the Martian climate researchers remain a mystery.

“The data obtained by the Rover show that the planet had liquid water 4 billion years ago. If you go back in the past, Mars had detected a large number of lakes and rivers, able to perform the same essential for life and the earth. But here’s the mystery: if you had large amounts of liquid water, but not now, what happened to the atmosphere of the planet?”, asks the Coffin. Here comes to the rescue and MAVEN. NASA probe orbits the planet in 2014, exploring the structure of its atmosphere and background radiation. Researchers are trying to figure out what led to the abrupt loss of a significant part of the atmosphere in the past. “Mars loses 180 grams of charged atmospheric particles per second. This is enough for the entire history of Mars disappeared all current, thin-layer atmosphere, but that doesn’t explain the loss of the earlier, more dense atmospheric layers,” says the scientist.

Anyway, the question of terraforming Mars is much deeper than just the issue of heating and moistening of the planet. The Martian soil is poor in nutrients and rich in persulfide and perchlorates, and that means that earth bacteria simply can not survive in it. What if during the expedition Mask the colonists on Mars discover your own bacteria that will be destroyed by terraforming, and thus, a unique sample xenobiochemistry will be lost? Scientists believe that a serious debate and plans about the development of the planet can be build only when a person first enters the Red planet and explore it independently, not resorting to the probes and satellites.