Is the expansion of the universe accelerating the dark twins of black holes? 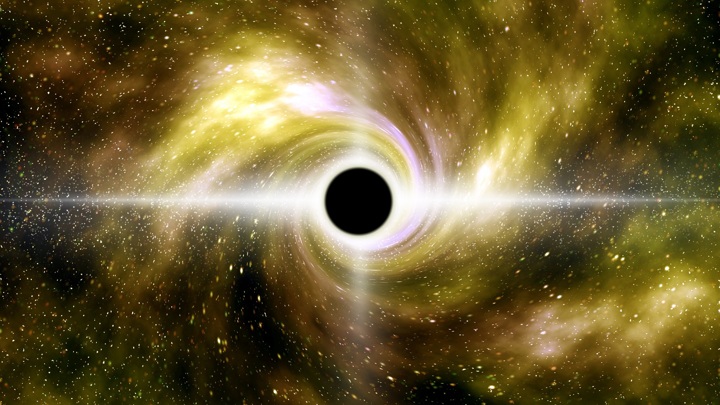 Scientists have argued for many years about the nature of the mysterious dark energy that causes the universe to expand with acceleration. Now astronomers have put forward a daring hypothesis: the twins of black holes, lost in the intergalactic expanses, are to blame for everything.

The details are set out in a research article published in The Astrophysical Journal by a group at the University of Hawaii at Manoa.

Recall that dark energy is a kind of substance that accelerates the expansion of the Universe.

The very fact of accelerated expansion is almost beyond doubt. The existence of this effect has been repeatedly confirmed in a variety of ways. For its discovery, Saul Perlmutter, Brian Schmidt and Adam Riess received the 2011 Nobel Prize in Physics.

But what is the mysterious dark energy responsible for this acceleration? There is no clarity on this issue. Most theorists assume that this is some kind of property of the vacuum.

Meanwhile, back in the 1960s, a theory about the existence of exotic objects was proposed. These bodies are presumably formed during the explosions of massive stars and are extremely similar in their properties to “clots” of dark energy. The hypothetical objects were called GEODEs (GEneric Objects of Dark Energy, that is, “generic objects of dark energy”). If there are enough GEODEs in space, they can provide the observed accelerated expansion of the Universe.

Where do GEODEs come from? The hypothesis says that they are born in the same process as black holes of stellar mass: when the most massive stars explode as supernovae. And this means that a lot of such bodies should have appeared in the early Universe.

Let us explain. It is generally accepted that representatives of the first generation of stars in the history of the Universe were incredibly massive (from hundreds to thousands of solar masses). The fact is that in those days the chemical composition of the substance was different than today. Thermonuclear reactions simply did not start until the mass of the protostar reached such monstrous values.

Massive stars are short lived and end up as supernovae. The first generation of luminaries lasted no longer than several million years. After that, it together went into oblivion in an impressive fireworks display. If during such explosions GEODEs are indeed formed (we repeat that this is only a hypothesis), then whole hordes of these bodies should have been born in that era. According to the calculations of Hawaiian experts, they may well be enough to provide the Universe with dark energy. 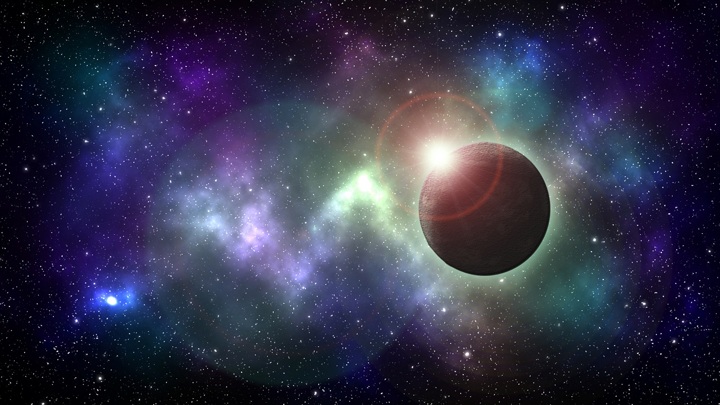 The accelerated expansion of the Universe can be provided by objects very similar to black holes.

However, this concept has a problem. According to the calculations of theorists, these hypothetical objects are similar to black holes not only in the mechanism of production, but also in properties. It would be very difficult for an outside observer to distinguish between them. For example, they just as strongly attract ordinary matter.

Meanwhile, stars are born and die in galaxies. This means that GEODEs should be in the same place, and not in an empty intergalactic space. And if there were as many of them as needed to “make” dark energy out of them, their gravity would strongly influence the movement of the stars. Observers could not fail to notice this.

However, the authors of the new study came to an unexpected conclusion. According to their calculations, GEODEs can repel each other if they rotate fast enough around their axis. It’s a kind of negative gravity.

So what happened to the legions of GEODEs supposedly formed when the first generation stars died? Collecting the surrounding matter with their gravity, they gained mass and rotated around their axis faster and faster. This means that they had to repel each other.

According to the authors’ model, this powerful repulsive force should have simply pushed most of the formed GEODEs out of the galaxies. This means that they could play the role of dark energy without interfering with the life of star systems.

The researchers believe that such a picture does not contradict any observational data on either dark energy or stars and galaxies.

However, the authors’ conclusions must be carefully verified by independent experts. Only the community of specialists can decide how grounded and correct this exotic concept is.