Is there life on Proxima b? 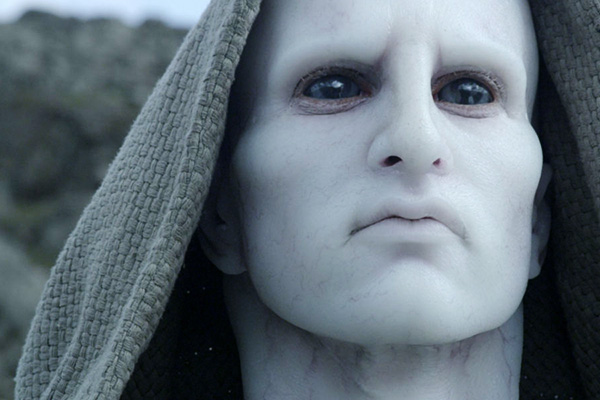 The recently discovered exoplanet orbiting the closest star to Earth, excited the minds of scientists. The fact that this world may be habitable. Astrophysics using computer models has made urgent the question to clarify.

Proxima b orbits the star Proxima Centauri, distant from earth at a distance of 4.2 light years. The probe “Voyager 1”, the first human-made spacecraft left the Solar system, have to fly up to her more than 70 thousand years. Proxima b is 1.3 times heavier than our planet, and its sun she hand — 0.05 astronomical unit (7.5 million kilometers).

Because Proxima Centauri is several times smaller and cooler than the Sun, the habitable zone for it is in the range of 0.04 to 0.08 astronomical units. Open exoplanet falls into this interval, then it may be a liquid water. However, it is unclear whether Proxima b magnetic field can protect it from the radiation of the stars.

An international group of scientists evaluated the influence of radiation of Proxima Centauri to the possibility of the presence of water on the planet. The results are presented in the Preprint of the article published in the repository arXiv.org. Astrophysicists have determined that Proxima b currently receives 30 times more radiation in the extreme ultraviolet range (wavelength of about 13.5 nanometers) and 250 times more x-rays than the Earth. Proxima Centauri is a red dwarf and over time gradually shrinks. Therefore, the habitable zone may have been beyond the orbit of the exoplanet, with the result that she was able to lose almost all the water. In this case, it can be considered the counterpart of Venus.

Scientists have modeled the processes occurring in the protoplanetary disk to estimate the initial amount of water on the planet. Also, astrophysicists have calculated the approximate loss rate of the atmosphere due to the stellar wind. In addition, they considered factors such as the tidal interaction between a star and Proxima b, the eccentricity of the planet’s orbital period and distance. Data is not enough, so there are different options for the evolution of the planet. In one scenario, Proxima b lost to the hydrosphere and atmosphere. However, if water and other compounds was quite a lot, the atmosphere could withstand the onslaught of high-energy radiation. Therefore, scientists as a whole do not exclude the possibility that the planet is suitable for life.

Another group of astrophysicists attempted to reconstruct the climate of the planet by using 3D simulation to estimate the probability of the existence of liquid water under certain quantities of atmospheric gases. Considered two variants of the spin-orbital resonance — synchronization of the orbital motion of the planet and its rotation around its axis — 1:1 (one day per year) and 3:2 (three turns around the axis for two years). It turned out that there is a large range of conditions, allowing water to remain in liquid form.

When the tidal capture (in the case of a spin-orbit resonance 1:1) and the water surface, component of 0.6 square of the World ocean of the Earth, liquid water will always be present in exoplanet. Water can be on the night side (eternal in this case) Proxima b, forming either glaciers or lakes, depending on the amount of greenhouse gases. Nonsynchronous rotation (2:3) requires a minimum pressure of carbon dioxide in the thousands of Pascals, or the water, if it is in abundance, will turn to ice. In the case of the arid planet required 50 thousand Pascals, and therefore a strong greenhouse effect.

Scientists emphasize that more precise about the properties of the atmosphere can be read directly observed planets to the large telescopes of the new generation.

American astrophysicists analyzed using special computer programs possible evolution of exoplanets, taking into account the influence of factors on the scale of galaxies, the solar system and the planet’s core. Conclusion: the planet could be habitable. The most likely problem was a lack of liquid water. For a variety of reasons: for example, by evaporation under the influence of radiation in the early stages of the evolution of star systems or the destruction of the atmosphere due to stellar flares and coronal mass ejections. Therefore, one of the conditions of life on the planet — the existence of a thin hydrogen shell, which is gradually evaporated. Thus Proxima b should be a bare core.

Is there life on Proxima b? It is not yet clear. Scientists can only operate on probabilities, but we already have the results in doubt that this world is similar to Earth. In any case, to make clear, is only able to further research.