Is there life on titan? 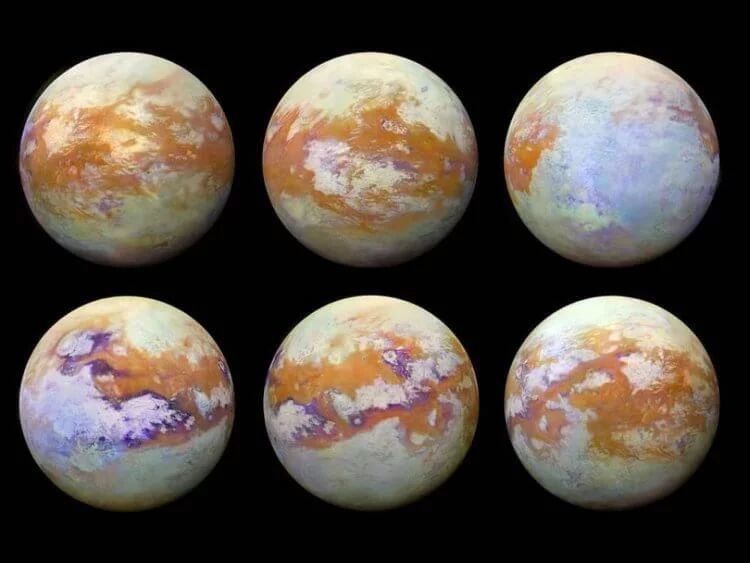 Saturn’s satellite has long haunted the minds of space lovers. Back in 1950, the genius of prose and science fiction Kurt Vonnegut in the novel “The Sirens of Titan” reflected on life on the satellite of the gas giant. True, the Vonnegut Titans were inhabited by incredibly beautiful blue birds, which, given the modern knowledge of this celestial body, is hardly possible. Nevertheless, scientists have serious reasons to believe that there is still life on Titan.

In the 1970s, the prominent astronomer and popularizer of science, Karl Sagan, and the chemist Bishun Hare published articles describing organic chemical processes that can take place on the moon of Saturn. In those years, science did not yet know that there are entire seas on Titan.

However, this did not stop scientists from demonstrating that amino acids can be produced using elements found in the haze of Titan’s atmosphere.

The atmosphere of Titan?

Thanks to snapshots of the Hubble telescope, back in the 1990s, scientists speculated that there was liquid water on Titan. However, everything became clear as the day after the images taken by the NASA Cassini mission.

In 2004, the spacecraft began to peer under the cloud cover of Titan. And already in 2005, Cassini sent a Huygens probe to Saturn’s satellite, directly to the equator of Titan. Data sent back to Earth showed that this distant world is surprisingly similar to our home planet.

However, the impression is somewhat misleading. Seasonal showers leave spots on the satellite’s surface that are visible from orbit. This is a lake. It turns out that the satellite of Saturn is the only place in the solar system, except for the Earth, on the surface of which there is liquid water. And even rivers and streams flowing into the seas and lakes, surrounded by coastlines and islands.

Needless to say, the presence of water in liquid form is a strong argument in favor of the existence of life. Recall that liquid water can also exist in ice caps on Mars.

But if there is life on Titan, what is it? Does it look like we know? According to astrobiologists, life on the moon of Saturn can be really strange. Some scholars do not deny that this life, if we find it, may prefer hydrocarbons instead of a water base. The participants in our Telegram chat are of the same opinion.

We will not know whether liquid water is the only necessary criterion for the emergence of life, until we ourselves are there and find out. So, in 2030, NASA plans to send a real helicopter to Titan. The spacecraft was given the name Dragonfly, or simply Dragonfly. The main objective of the Dragonfly will be the search for life on the satellite of Saturn.

However, while the year of 2019 reigns in the courtyard, we can only guess if anyone is alive on the second largest satellite of the solar system.