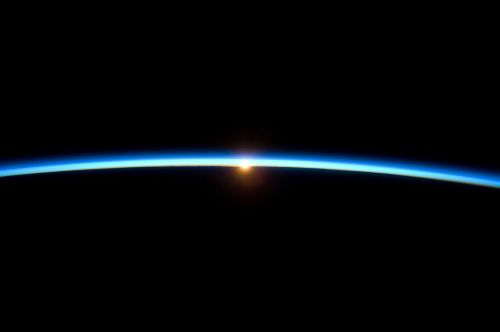 Russian cosmonauts will conduct on Board the International space station geophysical experiment to study the atmosphere, dubbed “the Terminator”.

According to Roscosmos, an experiment to study atmospheric structures will be carried out by Russian cosmonauts Fyodor by urchihin and Sergey Ryazanskiy. At the moment, they are preparing to conduct a new experiment at the cosmonaut training center named after Yury Gagarin.

“The main purpose of the experiment, which planned to carry out measurements in the vicinity of the solar terminator (the line of sotrasel between day and night), is the study of the stratified atmospheric structure (atmospheric emission layers, and noctilucent clouds) on the heights of the upper mesosphere – lower thermosphere”, – noted in the Center of cosmonaut training. Yu. A. Gagarin.

Astronauts have to observe noctilucent clouds and to photograph them simultaneously in four wavelengths located in the visible and near-infrared parts of the spectrum.

Cosmonaut Fyodor Yurchikhin will arrive at the space station the crew of the mission of the MCS-51/52 in the spring of 2017, Sergey Ryazansky will embark on it slightly later as a crew member of the mission ISS-52/53.

It is expected that “Terminator” will be a step toward creating a global monitoring system wave fluxes propagating from the lower atmosphere to the top. The experiment will allow to develop scientific-methodical bases for the development of technologies of space monitoring of the new generation and transform them into useful information for the formation of the climate models and forecasting the state of environment.