It became known how much water could be on Mars 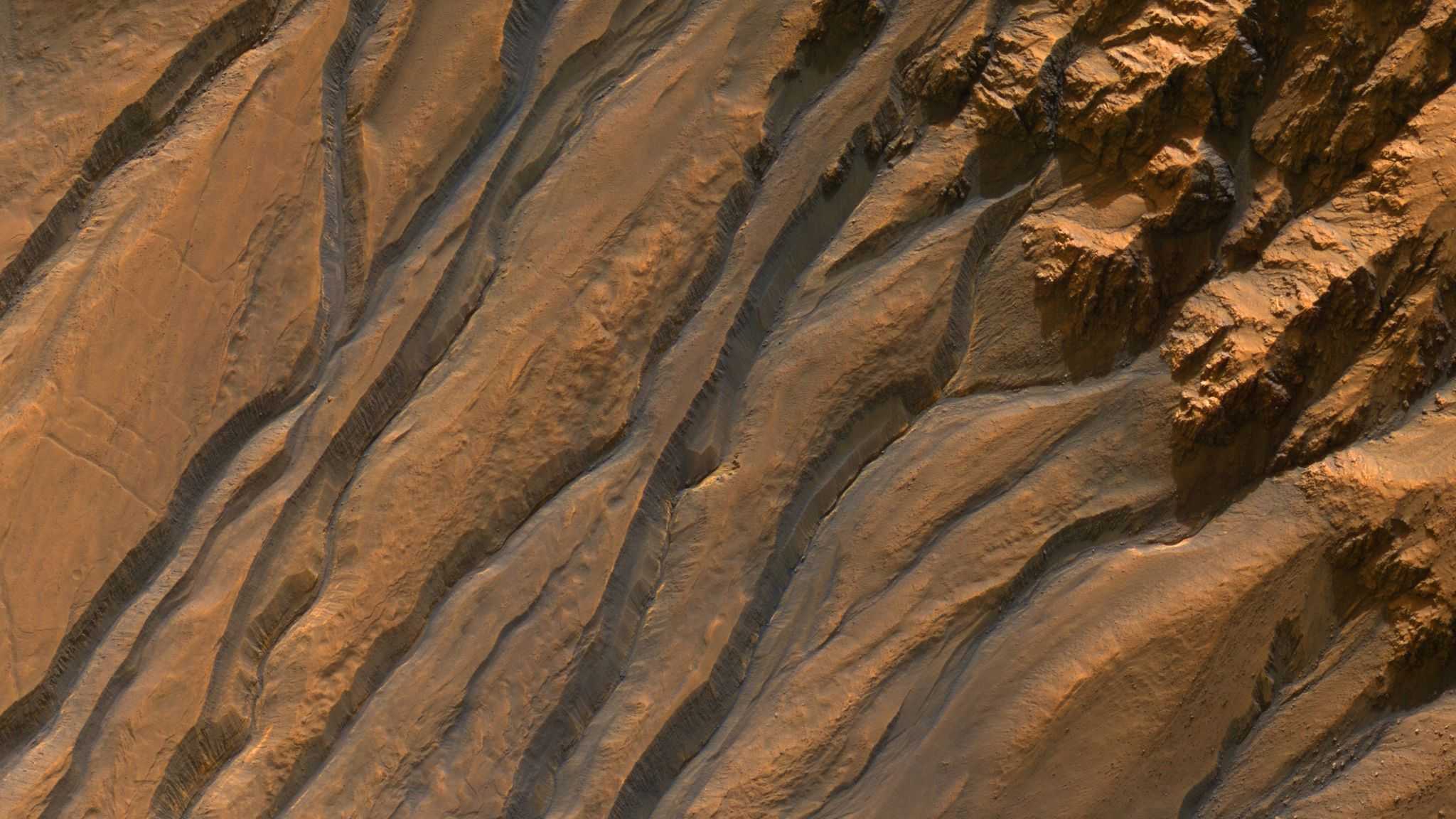 The surface of Mars is covered with a ramified network of valleys. These grooves in the rock resemble pools of parched rivers, which can be found on Earth. According to researchers, most of the Martian valleys are relatively narrow – up to 5 kilometers wide, and their length can be hundreds of kilometers.

The history of the formation and development of the valleys is important for understanding what the Martian climate was like. The most common theory of their appearance is this: the climate of Mars in the past could be much warmer and wetter than it is now. Then on the Red planet there could be an active hydrological cycle, that is, a water cycle. The water of the Martian ocean evaporated and rose, and then fell to the surface of the planet in the form of rains. The streams of water gradually cut through the valley.

This version is supported by the authors of a new work published in the journal Nature Communications. They estimated how much water was required in order to create a network of valleys. According to the authors of the article, in their study they first used data on the volume of all the Martian valleys – earlier conclusions were based on the volume of several selected sites on the planet.

To analyze the volume of valleys, scientists used the method of progressive black top hat transformation – this is one of the methods of mathematical morphology used for image processing. It is based on the conversion of the black top hat, which allows you to isolate the darker parts of the image with a heterogeneous background.

According to the researchers, the minimum volume of the Martian valley system is 1.74 × 1014 m3, and the minimum volume of water that could “carve” such depressions is 6.86 × 1017 m3. “Our most moderate estimates of the global volume of the network of the Martian valleys and the cumulative amount of water are at least ten times higher than the previous estimates,” the lead author of the study said. 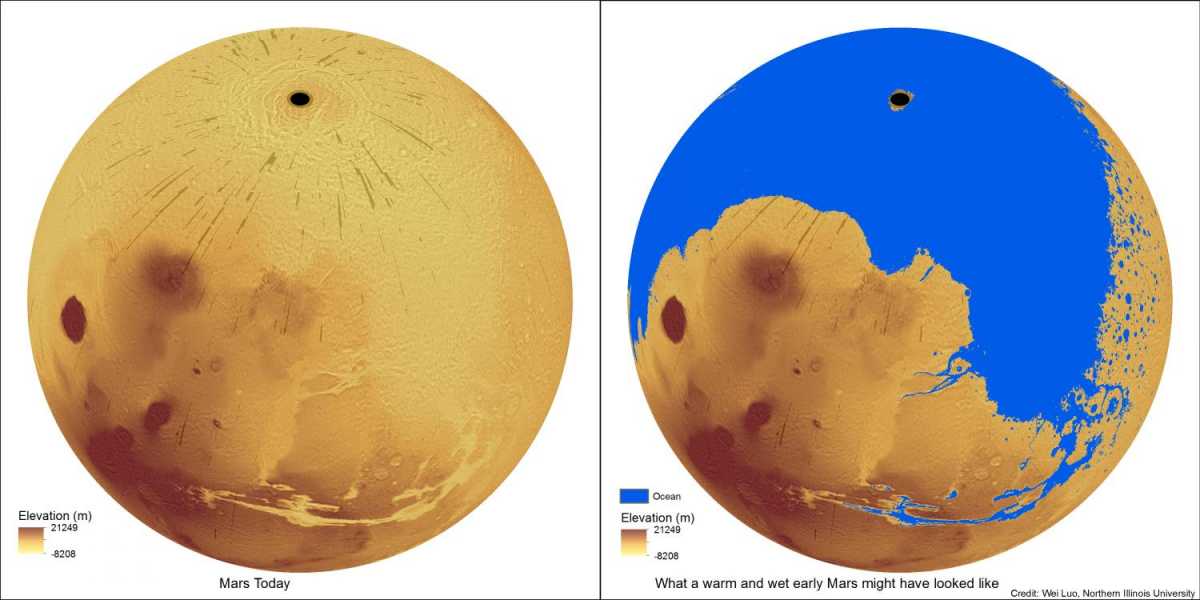 So could look like a Martian ocean, Nature Communications

According to scientists, according to their model, the Martian water had to go through many cycles of the cycle to create a system of valleys. Provide such a cycle could only a large ocean on the surface of the planet.

Nevertheless, the existence of such an ocean is not consistent with most modern climate models. According to them, the temperature on Mars could not rise to such an extent that the ocean could form on the surface of the planet. This view is held by supporters of another theory of the emergence of the Martian relief. In their opinion, depressions could create snow and ice, but not streams of liquid water.

One of the Martian valleys will be occupied by the Opportunity rover for the next two years. NASA plans to establish the causes of the appearance of the valley on the inner slope of the Endeavor crater.