It is how difficult to catch an asteroid?

All of us know this fairy tale: the asteroid falls to the Ground — and all die. The only thing live that will be able to perestradat nuclear winter, will be small, fluffy and, probably, underground. As well as dinosaurs 65 million years ago, at people will have no chances. And it leads us to the last project of NASA: we take one of such huge drifting stones and we send to somersault towards Earth. What they only think of?

“Now the purpose probably 2008 EZ5”, is said by Humberto Campins, the planetologist and the consultant of the project. “The beautiful name, very poetical”, laughs.

Object about which there is a speech is an asteroid, so big that tyrannosaurs would turn over in the grave, having learned about him. He has been open in 2008 (that is clear from the name) and in the diameter has from 230 to 710 meters. If he has got to our planet, it would be shaken by explosion, a million times stronger caused by the atomic bomb dropped on Hiroshima. 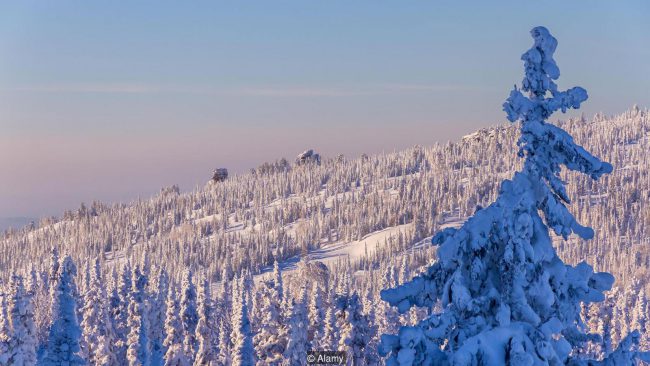 But you don’t hurry to run to mountains. Actually NASA doesn’t plan to take the whole asteroid for the tow — and definitely doesn’t intend to bring ardent death on the Earth’s surface. Instead the plan is in pulling together a 20-ton cobble-stone from his surface and to push into an orbit of the Moon.

(Of course, it is the only mission which isn’t connected with asteroids which we plan.)

That you understood, for six missions since the end of the 1960th prior to the beginning of the 1970th years astronauts of Apollo have dragged 382 kilograms of lunar breeds to Earth. It is approximately equivalent to the weight of a big brown bear. The new mission pritarabanit the stone comparable by the sizes to two adult tyrannosaurs (forgive me) — in 50 times more — for once.

Add to it the fact that the chosen asteroid moves at a speed of 90 000 kilometers per hour and usually settles down in 470 million kilometers from us — and you can feel a project charm. How they were going to pull him? And what for?

As believe, asteroids are the remains from formation of our Solar system; though the majority of the drifting breeds finally have faced and have formed planets, some such fate managed to avoid and now they rotate around the Sun for the last five billion years.

Asteroids reckon with unstable orbits which swim up close — sometimes dangerously close — to us as “near-earth”. For the last one thousand years any person hasn’t died from an asteroid, and in the next hundred years Earth won’t be visited by any large object, but there are ancient Chinese records of such cases of death, and in 1908 the asteroid has severely smoothed out a piece of the earth of the size of Luxembourg in a deserted Siberian taiga.

“They fell before and will fall again if we don’t prevent”, tells Kampins. 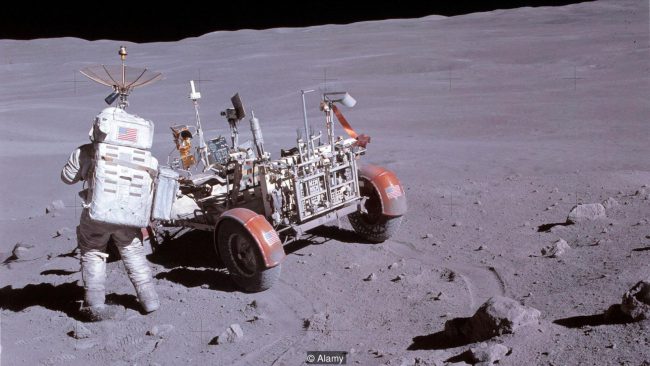 Such proximity has also shortcomings. Last year scientists observed how the asteroid with platinum freight for 5 trillion dollars whizzed by Earth in 300 million kilometers from us. From private companies interest in development of these heavenly storage rooms grows, and NASA has a special purpose: water.

Some asteroids mostly consist of metal, others — asteroids like C — of the carbon mixed with water.

“If we want to grow in the Solar system, astronauts of the future could use asteroids as fuel stations with water and oxygen”, Paul Hodas, the manager of the Center of near-earth objects of NASA in Laboratory of jet propulsion in California says.

But there is one problem. At the moment the majority of asteroids for us — a complete riddle. We don’t even know what they are similar to, not to mention what they are made of.

“When we look at asteroids via the telescope, we see only light points. We don’t see breeds because they are too far”, Ad Klautis, the expert in asteroids from University of Winnipeg says.

Instead scientists shall do only assumptions, looking at the sunlight reflected by asteroids. It how to hold coal in one hand, and in another — a piece of brilliant metal. It is easy to distinguish gloss of metal from blackness of coal, having just looked. But to understand that it is specific in a piece of coal, it is necessary to bring it to laboratory.

“We assume that we there a combination of dust and stones, but don’t know their exact ratio on the chosen asteroid”, tells Kampins.

Even if asteroids will be complete of water, there is one more obstacle. Though onboard the International Space Station constantly there are astronauts, any astronaut didn’t go to deep space from the moment of the last disembarkation to the Moon in 1972 — and even then the mission lasted no more than several days. At the moment astronauts depend on terrestrial deliveries and first-line support. If NASA plans to send the person to Mars in the middle of the 2030th years — such is the current plan — it is necessary to develop considerably new technology. 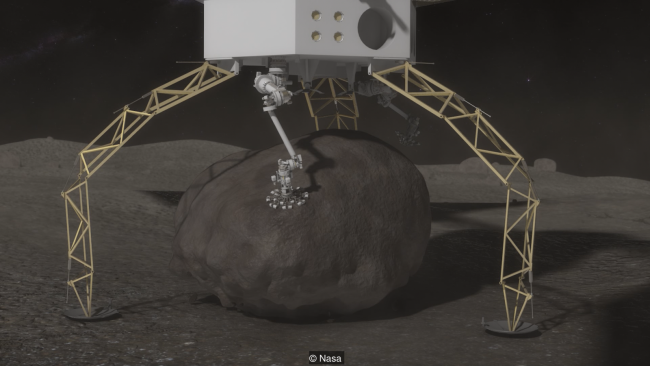 And here for this purpose the agency needs a mission for redirection of an asteroid. Having extended a boulder from deep space and having parked it in convenient proximity to Earth, the project will solve three problems at one stroke.

The first stage of a mission will include sending the robotic spacecraft for an asteroid. It was developed with three legs which he will put around a boulder, and several mechanical manipulators which will capture him. According to Hodas, this part quite simple. A gravitational attraction on asteroids very low therefore landing will be smooth.

After the choice of a boulder the mission will check the concept of “the gravitational tractor” — the equipment which includes use of mass of the spacecraft (which will increase because of a boulder) for soft towage of an object (asteroid). As the gravitational force influencing the spacecraft is insignificant, it will be able to exert notable impact on an asteroid trajectory. It will also move an asteroid in the direction, less dangerous to Earth.

The spacecraft will jump up and will rise not to kick up clubs dust engines when it appears at safe distance. If to make it too early, dust can blind spacecraft cameras. And then to it it will be necessary to proputeshestvovat 80 million kilometers to the Moon. In the course of this travel the newest technologies of NASA will be useful. The solar energy transformed to electricity will disperse xenon — the gas used in plasma screens, stroboscopes and flashes of cameras — which will escape from engines and will provide steady draft. Even easy draft will provide continuous acceleration as in space vacuum there is no friction.

Mission with an asteroid — the ideal ground for test of this technology which NASA hopes to apply to sending astronauts to Mars once. With such scope it was not used yet.