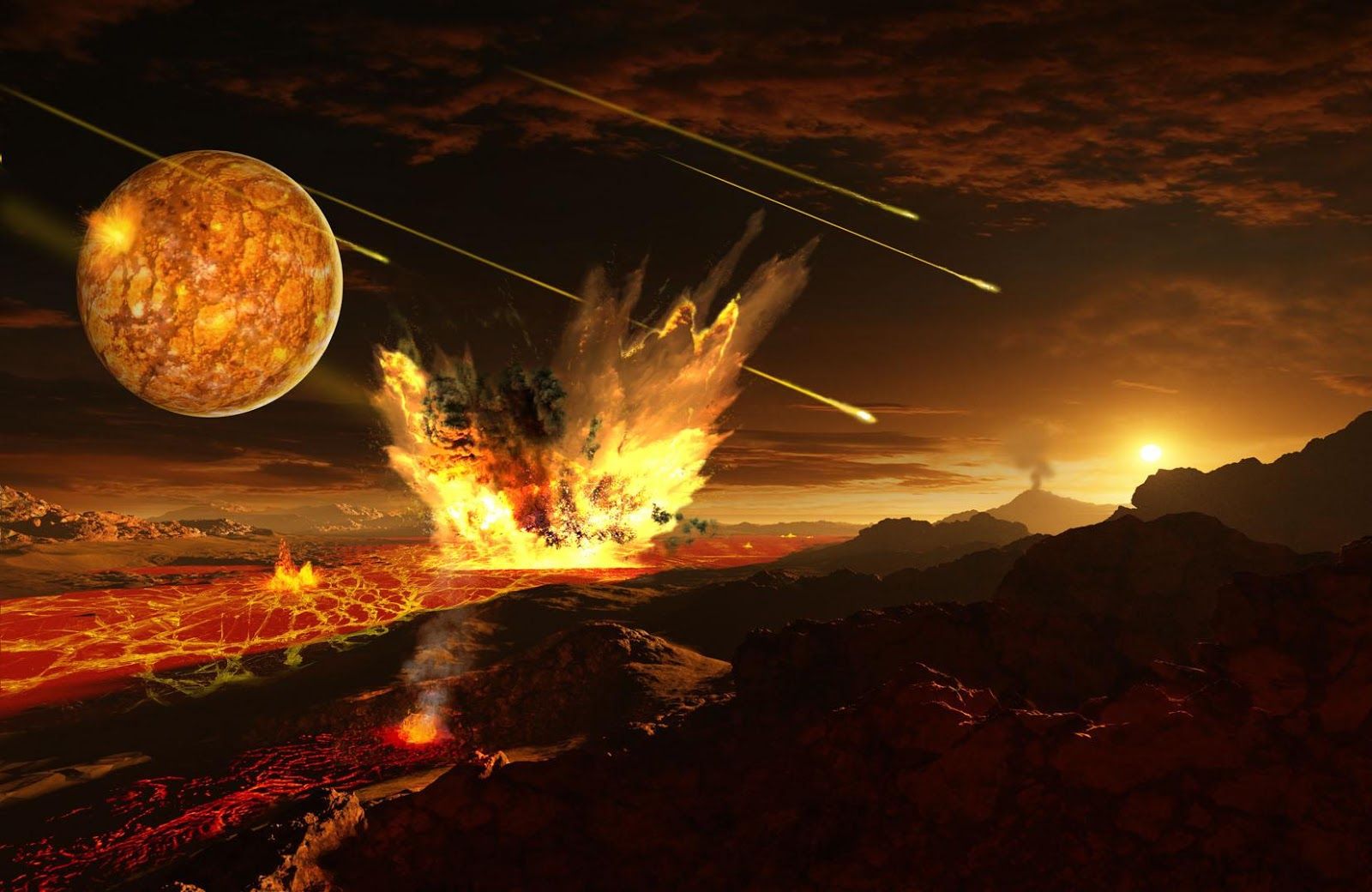 Experiments with shooting minerals proved that meteorites could deliver water to the young Earth: a considerable amount of moisture was retained even in the fused rock.

More than 4.5 billion years ago, when the Earth was just forming and was closer to the Sun, it was too hot and small. The growing planet could neither ensure the condensation of water from the gas, nor hold the steam near itself. Hence arose the hypothesis of bringing it from the outside – from outer space. Many lunar craters that have survived from about four billion years ago can indicate that the inner regions of the solar system survived the “late heavy bombardment” period and that water was brought to Earth by comets and asteroids.

However, this is not the only hypothesis of the origin of water on Earth, there is no direct evidence for it. Doubt even that the water delivered on board the meteorite did not evaporate from the impact completely, after which it could easily escape back into space. Check it decided Peter Schultz (Peter Schultz) and his colleagues, whose article is published in the journal Science Advances.

Scientists used small samples of a silicate antigorite mineral, believed to be similar in composition to those that could bombard the early Earth. To simulate the surface conditions of the planet at that time, volcanic pumice was used, calcined for 90 minutes at 850 ° C. In such a target, anti-grenade “shells” were fired, dispersed with the Ames Vertical Gun Range (AVGR) ballistic gun operating at the Ames Research Center of NASA.

“Meteorites” accelerated to an impressive five kilometers per second – this speed was supposed to have bumped into the Earth body. Earlier calculations showed that the water can completely evaporate from them already at 3.1 kilometers per sec. However, the scientists studied the caked in the glass remains after the shots, finding in them securely blocked remains of water. According to researchers, such a mechanism could deliver to our planet almost one-third of its total moisture reserves.