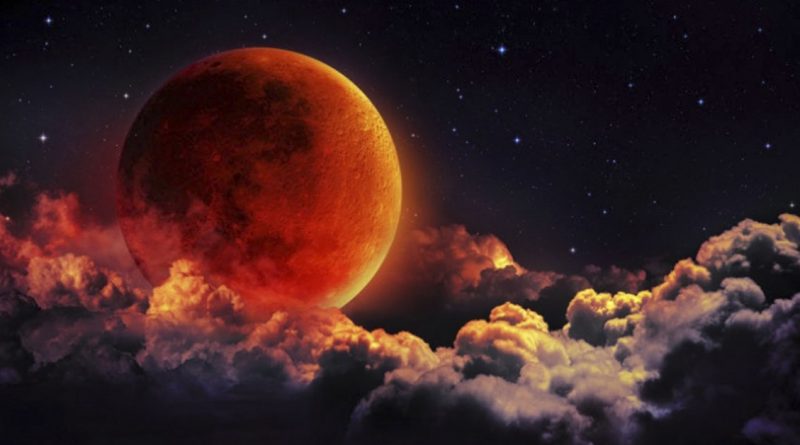 The astronomical event that was last seen 36 years ago – a rare “bloody blue super moon” – will be seen on January 31 in parts of North America, Asia, the Middle East, Russia and Australia.

This event is of such great interest, because it is a superposition of three unusual astronomical events connected with the Moon: super-great superlun, blue moon and total lunar eclipse.

The Blue Moon is called the second full moon in one month. Usually the blue Moon is observed once in two years and eight months.

This full moon also became the third in a series of “superlun”, observed when the moon is in the closest to the Earth point of its orbit.

Finding at this point, called perigee, leads to an increase in the apparent size of the moon in the sky by 14 percent, and brightness by 30 percent.

During the eclipse, the moon will pass in the shadow of the Earth, while its disk will gradually turn from white to orange or red. This unusual coloration is due to the fact that light is passing to the moon at this time, passing through the terrestrial atmosphere and experiencing uneven absorption in the spectrum.

Such a configuration of the Sun, Moon and Earth will be observed only for one hour and 16 minutes, and observers who are in the territories of the Middle East, Asia, Russia, Australia and New Zealand, will see this event in the evening hours, at the time when the moon will be to rise above the horizon.