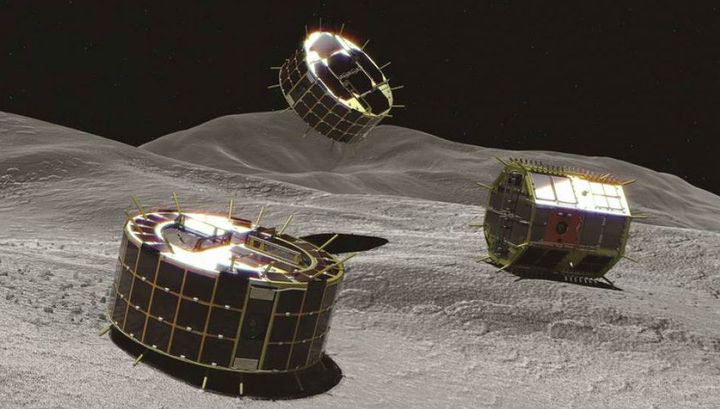 The Hayabusa-2 apparatus dropped two rovers under the general name MINERVA-II-1 on the surface of the asteroid Ryuga. As reported in the tweet of the project, separating them from the probe passed in normal mode. This will be the first in the history of mankind rovers, who sat on the asteroid.

Rover 1A and Rover 1B (so unpretentiously called the apparatus), in fact, are not asteroids, but asteroidoskami. They will jump over the surface of the cosmic body, using its low gravity (the size of the Ryuga is only about a kilometer). For this purpose, a special asymmetrical rotating flywheel is mounted in each of them. At the next turn of the device the device will jump.

According to the BBC, a couple of these jumpers in the aggregate weigh 3.3 kilograms. The devices are equipped with wide-angle optical stereo cameras, as well as thermometers. 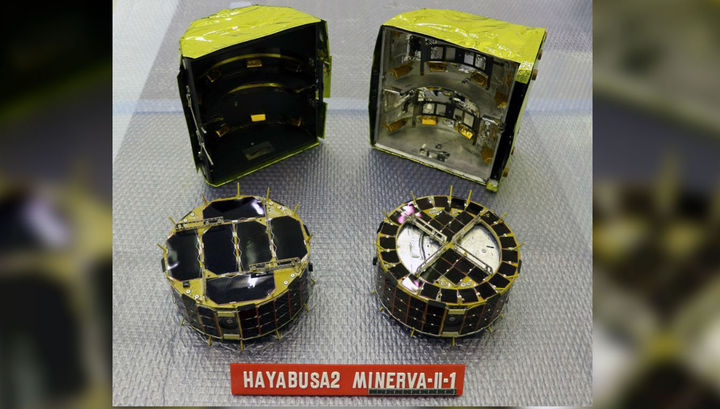 The separation of the rovers from the mother probe occurred on September 21, 2018 at about 08:00 Moscow time, 60 kilometers from the Ryuga surface. The main obstacle to landing is the more inhospitable, than expected, surface of the asteroid. It is covered with large boulders with sparse flat areas. It remains to hope for the mastery of Japanese space engineers and, of course, a bit of luck.