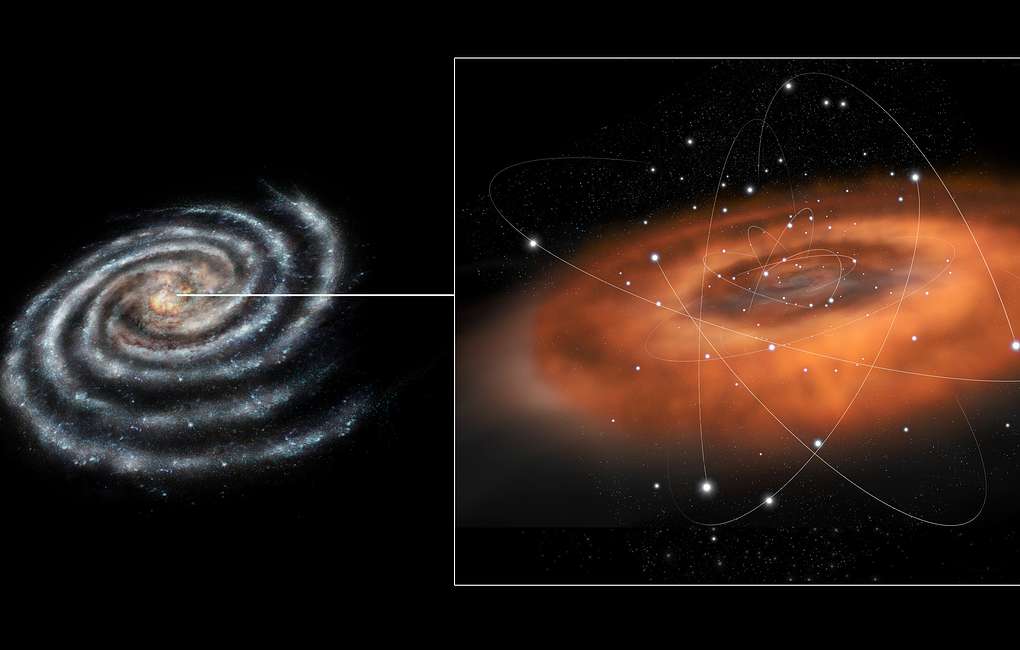 A group of researchers from the National Observatory of Japan managed to determine the mass of a black hole located in the very center of the Milky Way galaxy. As the Yomiuri newspaper reported, the mass of this space object is 30 thousand times greater than the mass of the Sun.

Japanese scientists made a trip to the Chilean Atacama Desert, where the ALMA radio telescope complex is located. With their help, they conducted a detailed analysis of gas clusters that formed in the center of the Milky Way. An analysis of radio emissions from this cosmic region showed that some of these clusters rotate around a certain space with a gravitational mass of 30 thousand suns. Researchers have failed to detect the presence of any celestial body emitting light in this area.

According to Japanese experts, the information obtained confirms the hypothesis that the driving force of this rotation is the black hole.