Jovian vortices in the infrared range 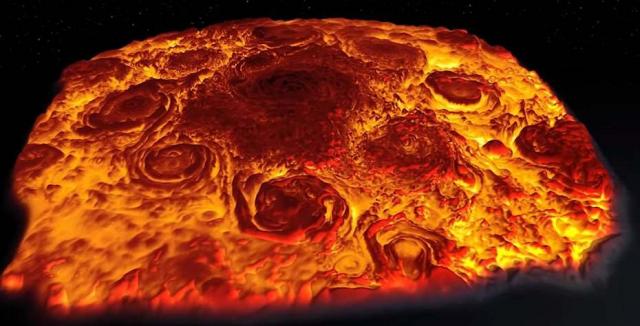 NASA showed a video created on the basis of data that was collected by the infrared instrument JIRAM device Juno.

In the presented animation, there are vortices in the region of the north pole of the planet. The data used during the creation of the clip was obtained by the apparatus during the fourth span over Jupiter.

In the animation presented in the area of ​​the North Pole, a central vortex with eight other vortices with a diameter of 4,000 to 4,600 km is visible.