“Juno” is moving closer to Jupiter 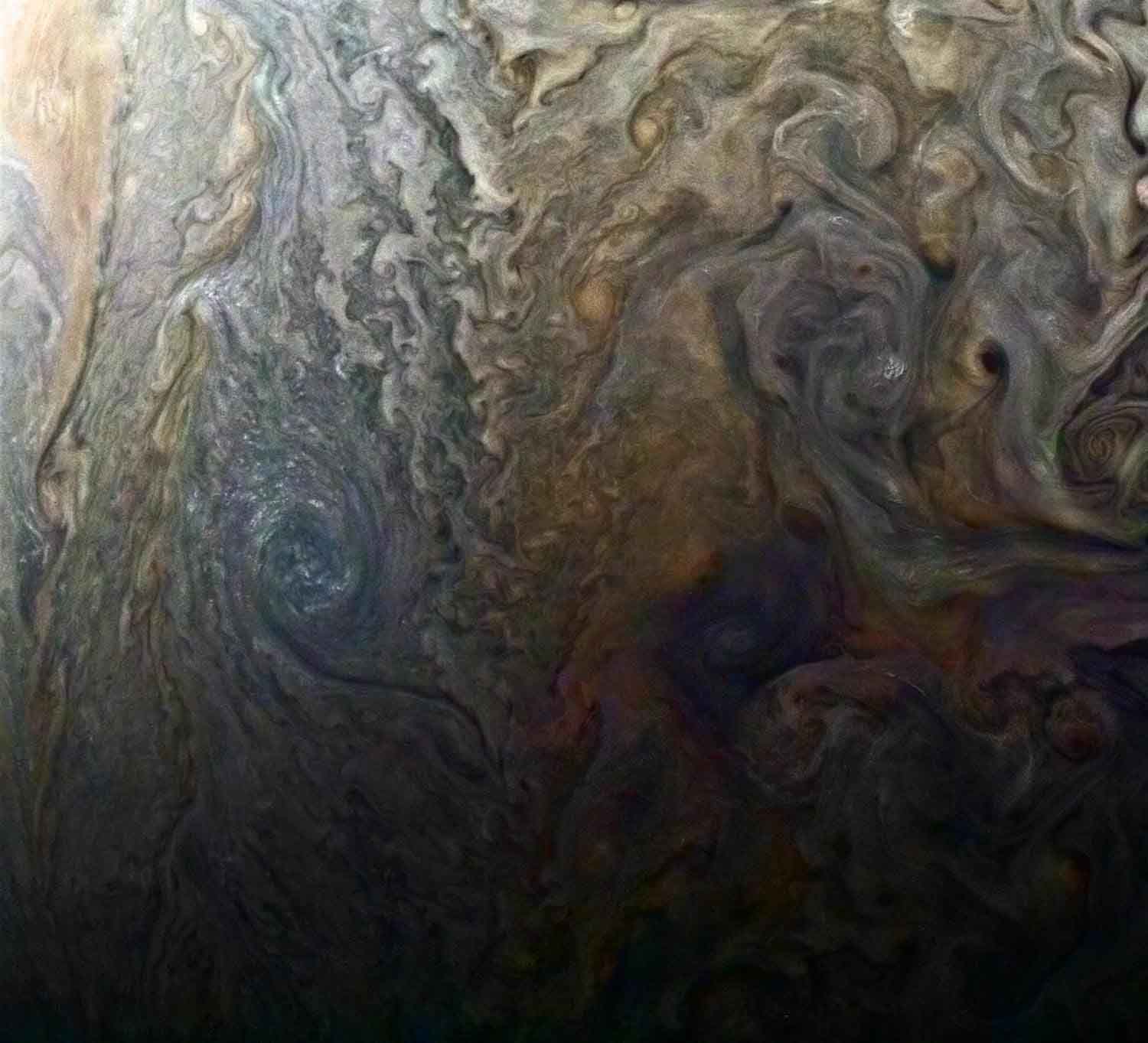 NASA’s “Juno” spacecraft will make its fifth overpass over the mysterious treetops of Jupiter clouds today, on Monday, March 27, at 8:52 UTC.

During the maximum approach to the planet, “Juno” will be at an altitude of 4400 kilometers above the tops of the clouds of Jupiter, moving at the speed of about 57.8 kilometers per second in relation to the giant planet. All eight scientific instruments of the probe “Juno” will be included and will collect scientific data during the entire span.

“This will be our fourth rapprochement with Jupiter for collecting scientific data – and we look forward to new discoveries from Juno,” said Scott Bolton, project manager for Juno from the Southwest Research Institute in San Antonio, USA. “Whenever our apparatus flies over the tops of the clouds of Jupiter, we learn about this planet new, amazing things!”

At present, the mission’s scientists continue to analyze the data on the magnetic field of Jupiter collected by this spacecraft during its previous flight past the planet.

The mission of Yunona was launched into space on August 5, 2011 from Cape Canaveral, Florida, USA, and arrived in orbit to Jupiter on July 4, 2016. Throughout its research mission, the probe dropped to an altitude of 4,100 kilometers above the upper layer of the clouds of Jupiter. During these encounters, the instruments of the Juno collect data on the structure of the underlying layers of clouds and the aurora in them, in order to gain a deeper understanding of the origin of the planet, its structure, the structure of its atmosphere and the magnetosphere.