Juno “measured” the depth of the Great Red Spot on Jupiter 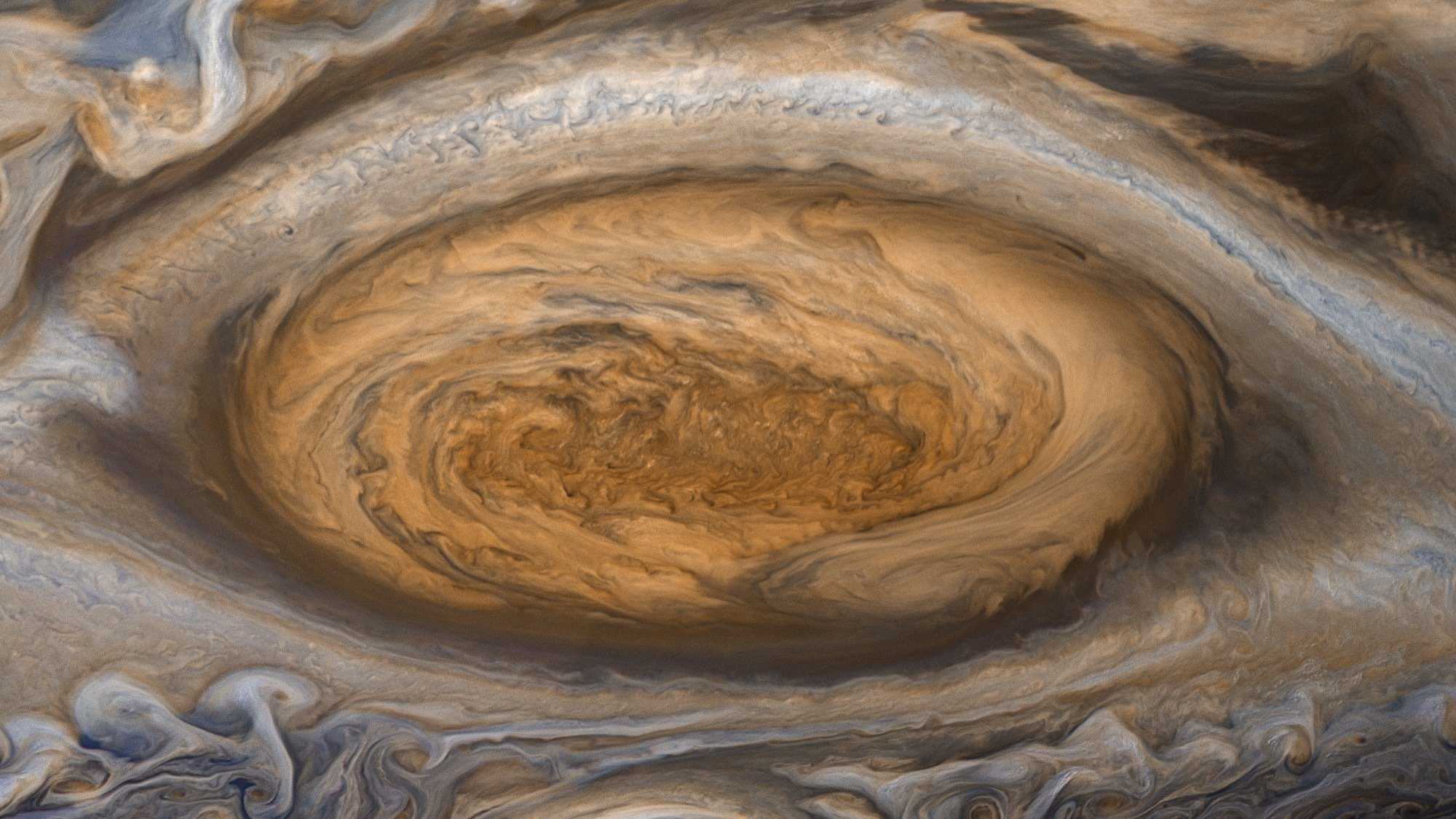 Observations of the spacecraft Juno showed that the Great Red Spot of Jupiter goes to the depths for hundreds of kilometers and becomes ever hotter.

The Great Red Spot (JCP) of Jupiter is weakening and decreasing over the last few centuries, but still remains the largest and longest atmospheric vortex in the entire solar system. Extruded in the direction of global winds, along the latitudes of the gas planet, it significantly exceeds our Earth in size. Its width reaches 16 thousand km, length – 40 thousand km. But how deeply does the OPF go down into the turbulent atmosphere of the giant?

This was told at a meeting of the American Geophysical Union by Scott Bolton (Scott Bolton), head of the scientific mission of the probe Juno. The scientists analyzed the results of the first flight of the vehicle over the OPF, committed in the middle of summer 2017. At the same time, he managed to look far under thick clouds with the help of a microwave radiometer MWR.

“Juno’s data show that the” roots “of the most famous hurricane of the solar system … go into the atmosphere to a depth of about 200 miles – 300 km,” said Scott Bolton. – They are 50-100 times deeper than the terrestrial oceans and at the base are heated more than the top. Winds are associated with the difference in temperature, and the heat at the base of the OPF explains the ferocious winds that we see in the upper parts of the atmosphere. ” 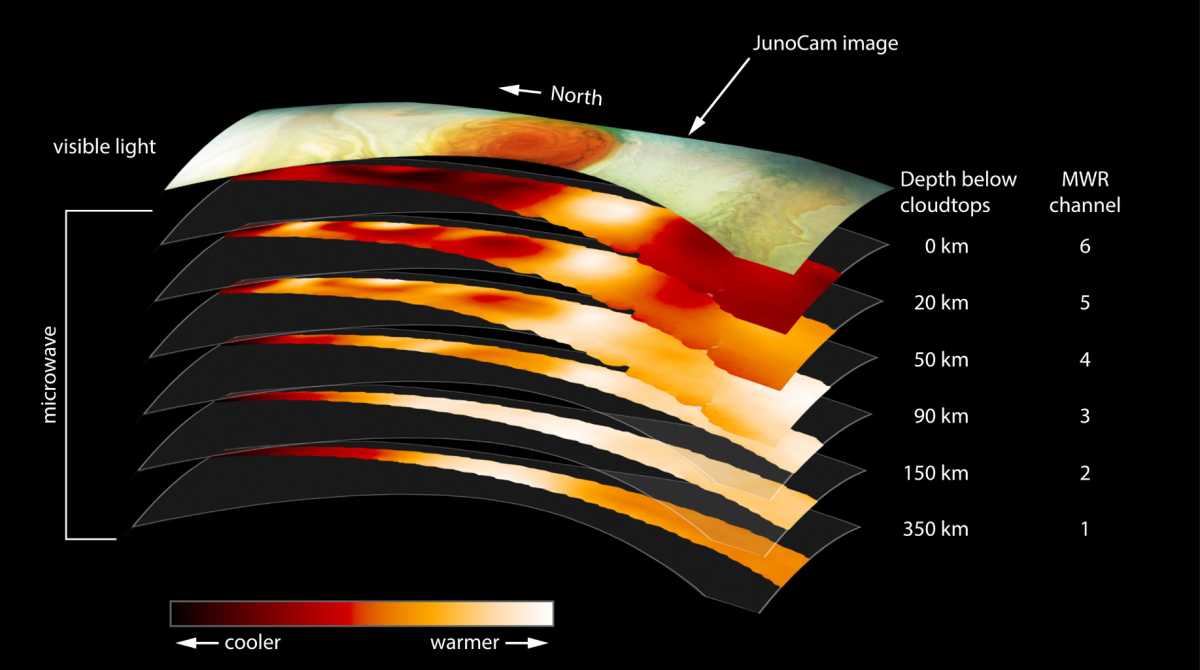 In addition, Juno tools allowed us to notice a previously unknown radiation zone above the equator of Jupiter, above its dense atmosphere. Here, high-energy, flying with almost light velocities, ions of oxygen, sulfur, and also protons are recorded. Scientists suggest that the sources of these particles are molecules emitted from Jovian moons – Io and Europe – that ionized as they approached the planet.