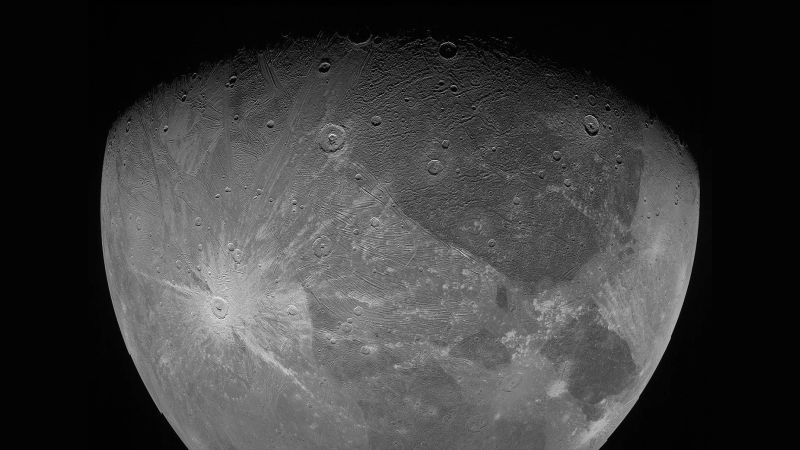 The automated interplanetary station “Juno” has sent the first detailed images of Jupiter’s largest moon Ganymede, taken during a recent very close flyby. On them you can see the surface of Ganymede, covered with craters and networks of furrows. It is expected that in the coming days the station will transmit all received images, including color, according to the NASA website.

Ganymede, which belongs to the Galilean moons of Jupiter, is considered the largest and most massive satellite in the solar system. It is twice as heavy as the Moon and larger than Mercury, the Moon, or Pluto. This body is of great interest to planetary scientists, as it has a subsurface ocean, a rarefied atmosphere and ionosphere, as well as a magnetosphere generated by a liquid core. Ganymede’s rotation is synchronized with that of Jupiter, and its surface is dotted with a network of grooves and ridges, suggesting collisions with other bodies and tectonic activity.

Despite the fact that currently operating in near-Jupiter orbit, the interplanetary station “Juno” is engaged in research of the gas giant, it periodically takes time to study its large satellites, in particular, earlier it discovered amorphous ice at the poles of Ganymede and a new volcano on Io.

On the evening of June 7, 2021, the station made a very close flyby past Ganymede, being at a distance of 1038 kilometers from the satellite’s surface. Closer to this celestial body was only the Galileo apparatus, which, during the second flyby past the satellite in September 1996, was 260 kilometers from its surface. The flight changed the orbit of the spacecraft, now “Juno” is in orbit with parameters 2000×6930600 kilometers and an inclination of 102.5 degrees.

During the flyby, the station investigated differences in the composition and temperature of the surface of Ganymede, in particular, scientists want to understand what impurities water ice contains. In addition, the Juno data should help researchers understand the relationship between Ganymede’s ionosphere, its own magnetic field, and Jupiter’s magnetosphere.

On June 8, the station team published the first images sent to Earth. The general image of Ganymede was taken with a JunoCam camera in the optical wavelength range using a green filter, the resolution of the photo is about one kilometer per pixel. A close-up of the satellite’s surface on the side opposite to the Sun was taken by the Juno’s stellar sensor, with a resolution ranging from 600 to 900 meters per pixel. 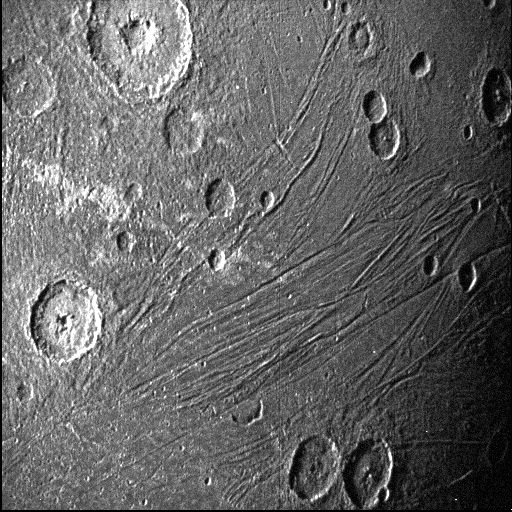 A star sensor image of Ganymede.

It is expected that in the coming days the station will transmit all the received images, including color, and the collected data on the radiation background near Ganymede will help in the design of new automatic vehicles for the study of the Jupiter system.