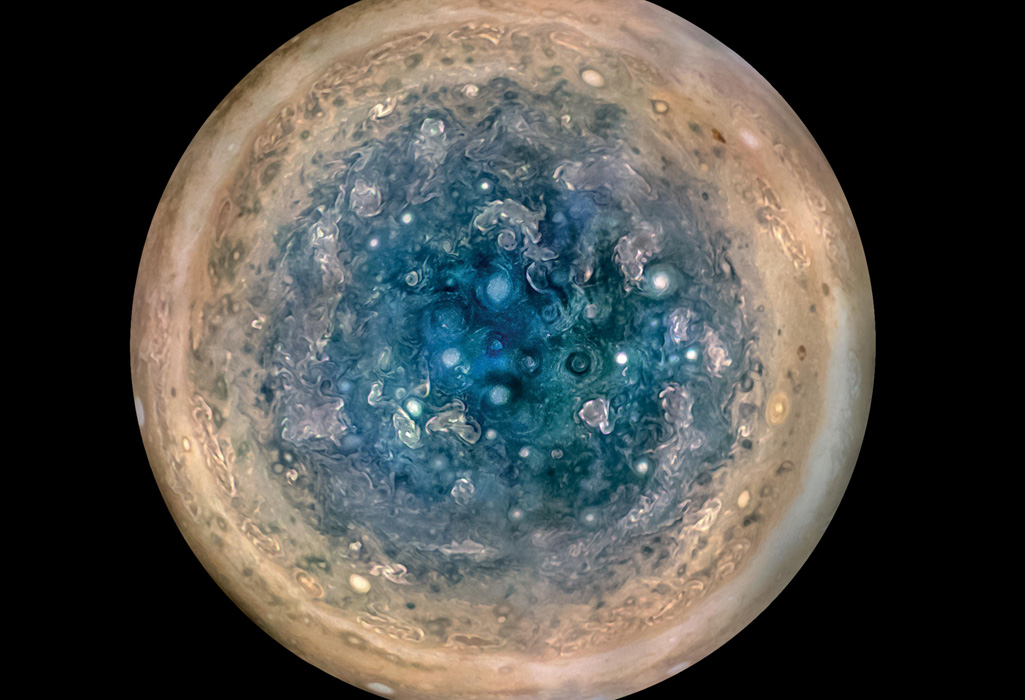 The Juno spacecraft, which is under the control of NASA, made a new exciting image of the gas giant Jupiter. This we have never seen before. The photo was taken from a height of 52,000 kilometers towards the South Pole of the planet.

Oval features that we see in blue are cyclones with a diameter of 1,000 kilometers. Many individual images made by the JunoCam camera from three different orbits were combined by scientists to create a composite composite image.

These storms were more grouped around each of the poles than NASA scientists had expected. But the North Pole on the image looks completely different than the South Pole.

The microwave radiometer (MRW) also made a discovery, observing the atmosphere of Jupiter. He found that the complex weather system of belts and bands that are seen in the tops of the Jupiter cloud rich in ammonia leaves hundreds of kilometers deep into the atmosphere, but in spite of this, it is not uniformly mixed. 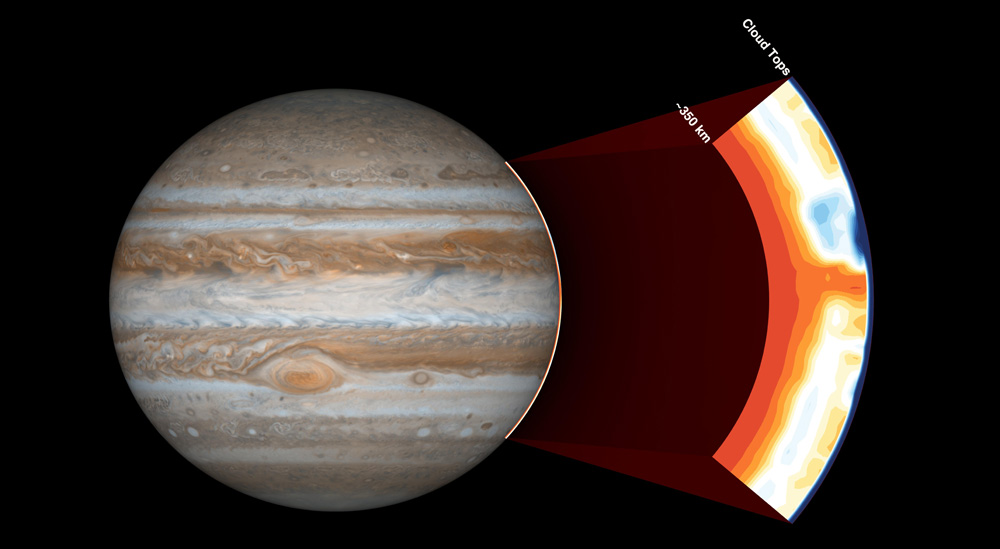