Jupiter and Titan will help in studying global warming on Earth 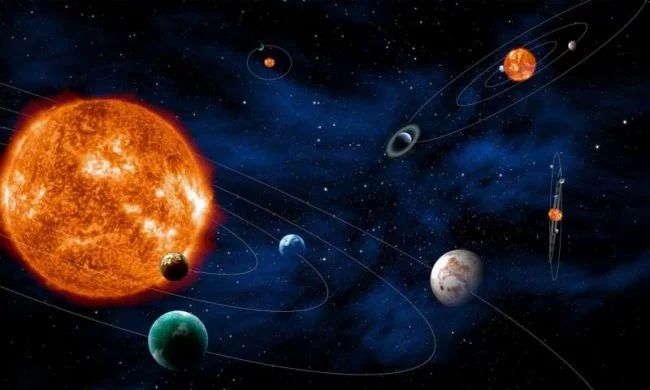 Scientists are investigating methane in the atmospheres of Jupiter and Titan’s saturian moon to more accurately determine the effects of greenhouse gas on the Earth’s climate.

Methane is an even more powerful greenhouse gas than CO2, which can warm the planet for 25 times more than carbon dioxide for a century, according to the Intergovernmental Panel on Climate Change (IPCC).

In a new study, scientists focused on how much shortwave solar radiation absorbs methane. Recent climate models have been developed to take into account the short-wave absorption of methane, but their accuracy is limited by the uncertainty of how well methane absorbs short-wave radiation. If the carbon dioxide molecule has a relatively simple linear form, then the methane molecule is more complex tetrahedral, and how methane reacts to light is also too difficult for laboratory studies.

“We study the atmosphere of Jupiter and Titan’s largest Saturian moon, which have at least a thousand times greater concentration of methane than Earth’s atmosphere. These celestial bodies can serve as “natural laboratories” to study the effects of sunlight on methane, ”says study co-author Dan Feldman, a climatologist at the Lawrence National Laboratory in Berkeley, California.

Scientists analyzed data on Titan, obtained by the ESA Huygens probe, which sat on its surface in January 2005, as well as on Jupiter, obtained by the NASA Hubble Space Telescope. This helped determine how methane absorbs various shortwave sunlight. The final data, the researchers included in the climatic model of the Earth.

It was found that the degree of methane’s impact on global warming varies with the region of the Earth. For example, deserts near the equator have bright bare surfaces that reflect light upwards, so the shortwave absorption in the Sahara desert and on the Arabian Peninsula is 10 times stronger than in other places on the planet. In addition, the presence of clouds can increase the shortwave absorption of methane almost tripled. Researchers observed this effect to the west of South Africa and North and South America and in the Intra-Tropical Convergence Zone.

“We can really better understand the greenhouse effect of methane on Earth, based on the observations of Jupiter and Titan,” said Feldman. According to the authors, their work can help to improve mitigation strategies of global warming, explaining the risks faced by various regions of the world.

A study published in the journal Science Advances.