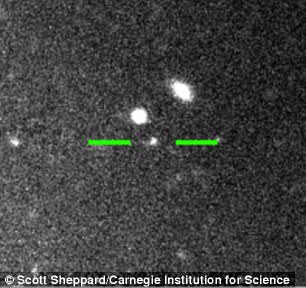 As the telescopes became more sensitive, astronomers were able to distinguish two tiny new moons that revolve around Jupiter. The satellites, called “kids” because of their small size, reach a diameter of only 1.6 km. Now the total number of moons of the gas giant is 69.

Two new moons were discovered by researchers at the Carnegie Institution (USA), thanks to the reflector of Baade’s Magellan telescope at the Las Campanas Observatory in Chile.

The discovery was a surprise for astronomers who were looking for objects in the outer solar system when they saw the celestial bodies. Scott Sheppard, who led the team, said: “We continue our observation while searching for very distant objects in the outer solar system, including Planet X. And Jupiter accidentally ended up in the area that we observed in 2016 and 2017”. 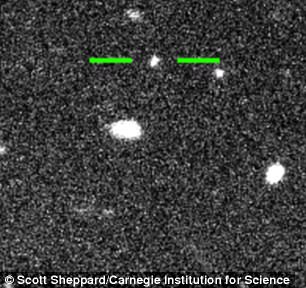 Both new moons are in orbit with reverse rotation. Both have a high degree relative to the orbital plane of Jupiter, and this suggests that they probably were caught by the gravitational force of the giant when they flew too close to him.

Scientists are sure that they will find some more lost moons of Jupiter. Sheppard says: “We found 5 lost Jovian satellites. In 2017, we will definitely find a few more, and then we will find them all. “