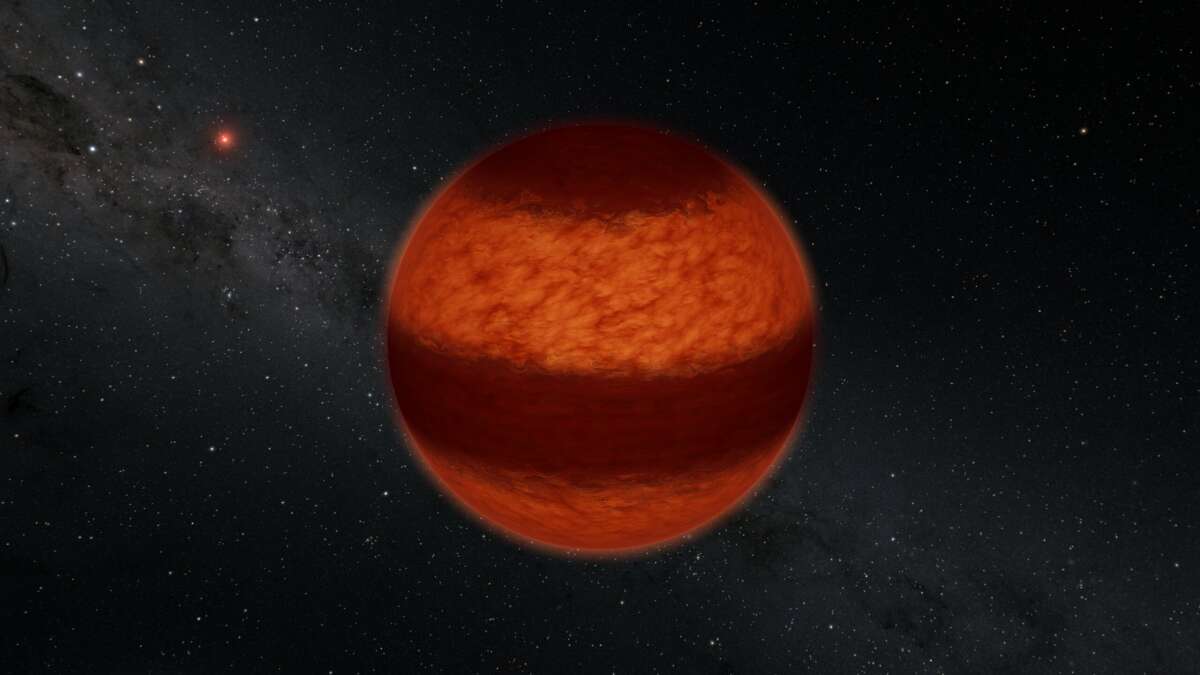 A team of astronomers found that the closest known brown dwarf, Luhman 16A, showed signs of cloud bands similar to those seen on Jupiter and Saturn. For the first time, scientists use the polarimetry method to determine the properties of atmospheric clouds outside the solar system.

Brown dwarfs are objects heavier than planets, but lighter than stars, and, as a rule, are 13-80 times larger than the mass of Jupiter. Luhman 16A is part of a dual system containing a second brown dwarf, Luhman 16B. This binary system is 6.5 light years from us. It is the third system closest to our Sun after Alpha Centauri and the star of Barnard. Both brown dwarfs weigh about 30 times more than Jupiter.

Despite the fact that Luhman 16A and 16B have the same masses and temperatures (about 1900 ° F or 1000 ° C) and are supposedly formed at the same time, they show noticeably different weather. Luhman 16B shows no signs of cloud streaks; instead, it shows signs of uneven, spotty clouds.

“Like the Earth and Venus, these objects are twins with very different weather,” says Julien Girard of the institute in Baltimore, Maryland. “It may rain from silicates or ammonia. It’s pretty terrible weather, actually. ”

Researchers used the instrument at the Very Large Telescope in Chile to study polarized light from the Luhman 16 system.

“Instead of trying to block this bright light, we are trying to measure it,” explained lead author Max Millar-Blancher of the California Institute of Technology (Caltech) in Pasadena.

When light bounces off particles, such as cloud drops, it can contribute to a certain angle of polarization. By measuring the preferred polarization of light from this system, astronomers can determine the presence of clouds without directly observing the brown dwarf cloud structure.

“Even in a few light-years, we can use polarization to determine what light has met in its path,” Girard added.

“To determine what light met in its path, we compared observations with models with different properties. We found that only a cloud-based atmosphere model could fit our Luhman 16A observations, ”explained Theodora Caralidi of the University of Central Florida in Orlando, Florida.

The James Webb Space Telescope under construction will be able to study systems such as Luhman 16 in search of signs of changes in the brightness of infrared light that indicate the characteristics of the clouds. NASA’s Wideband Infrared Observatory (WFIRST) will be equipped with a coronograph device that can conduct polarimetry and can detect giant exoplanets in reflected light, as well as possible signs of clouds in their atmosphere.

This study was accepted for publication in the Astrophysical Journal.