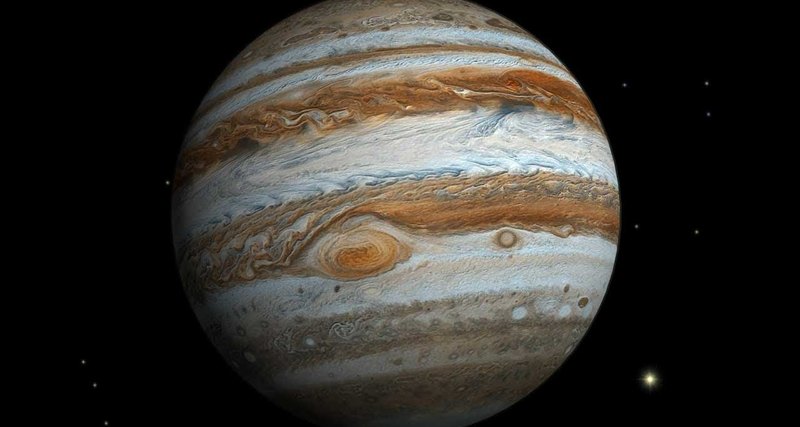 The Great Red Spot is the most durable atmospheric vortex of the solar system. For the first time, astronomers saw this spectacular formation in the atmosphere of Jupiter in the middle of the 17th century. Since then, it has remained all the same big and not entirely clear.

In recent years, scientists have embraced doubt. Judging by observations from the Earth, the BKP diameter began to decrease, and smaller ones were disconnected from the main vortex from time to time. This led astronomers and planetologists to suggest that the three-century history of the Spot is nearing completion. If so, then the largest and most durable anticyclone of the solar system is perhaps worth regretting. But, as it turns out, the rumors about the imminent death of the BKP can be greatly exaggerated.

This conclusion was made by Philip Marcus (Philip Marcus) from the University of California at Berkeley, who studied the spot images taken in May-June this year. In his opinion, the separation of smaller vortices from it is an absolutely normal process, and the observed decrease in its diameter is an optical illusion generated by the atmosphere of Jupiter.

“We have no evidence that the hurricane itself has changed in size or has lost force. Reports of his death are greatly exaggerated, says Marcus. “This is a completely natural state of a vortex with a cloud cover, and not a sign of its disappearance.”

According to the scientist, the observed changes in the configuration of the atmospheric anticyclone are associated with merging with smaller vortex formations, at which stagnation points arise, at which the flow velocity first decreases sharply and then increases. This leads to the formation of “flakes” noticed by astronomers, coming off the Great Red Spot.

Marcus will present his findings at the annual conference of the American Physical Society.