Jupiter’s moons can warm each other 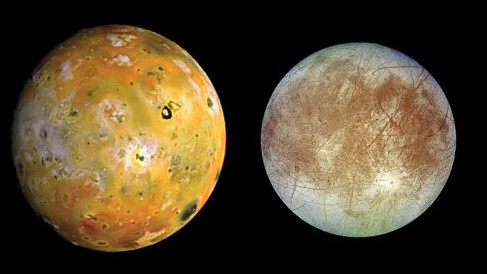 During tidal heating, the gravitational pull of Jupiter’s moons and the planet itself stretches and squeezes the satellites enough to warm them. As a result, some of the icy moons are warm enough to house oceans of liquid water, and in the case of the rocky moon Io, tidal heating turns the rock into magma.

Researchers previously believed the gas giant Jupiter was responsible for much of the tidal heating associated with the liquid interior of the moons, but a new study published in Geophysical Research Letters has shown that moons’ interactions may be more responsible for heating than the planet.

“This is surprising because the moons are much smaller than Jupiter. You don’t expect them to be able to create such a big tidal reaction, ”said author Hamish Hay, a researcher at the Jet Propulsion Laboratory in Pasadena.

Understanding the influence of the moons on each other is important because it can shed light on the evolution of the lunar system as a whole. Jupiter has about 80 moons, the four largest of which are Io, Europa, Ganymede, and Callisto.

“Protecting underground oceans from freezing in geological times requires a delicate balance between internal heating and heat loss, and yet we have some evidence that Europa, Ganymede, Callisto and other moons must be ocean worlds,” said co-author Anthony Trinh. “Io, the moon closest to Jupiter, exhibits widespread volcanic activity, another effect of tidal heating, but at a higher intensity, experienced by other terrestrial planets such as Earth in early history. Ultimately we want to understand the source of all this. heat due to its influence on the evolution and habitability of many worlds in the solar system and beyond. ”

The tidal heating trick is a phenomenon called tidal resonance.

“Resonance creates a lot more warmth,” Haye said. “Basically, if you push and release any object or system, it will vibrate at its natural frequency. If you continue to push the system at the correct frequency, these vibrations will become more and more, like a swing. If you swing the swing at the right time, it will rise higher, but if you make a mistake with the timing, the movement will die out. ”

The natural frequency of each moon depends on the depth of its ocean.

“These tidal resonances were known prior to this work, but are known only because of the tides caused by Jupiter, which can only create a resonant effect if the ocean is really thin (less than 300 meters), which is unlikely,” said Hay. “When tidal forces act on the global ocean, they create a tidal wave on the surface that eventually travels around the equator at a specific frequency or period.”

When the tides created by other objects in Jupiter’s lunar system match the natural resonance frequency of each moon, the moon begins to experience more heat than the tides raised by Jupiter alone, and in the most extreme cases this can melt ice or rock inside.

For satellites to experience tidal resonance, their oceans must be tens to hundreds of kilometers thick, which is in the range of scientists’ current estimates. Nevertheless, there are some reservations to the conclusions of the researchers.

Their model assumes that tidal resonances never get too strong, Haye said. He and his team want to go back to this variable in the model and see what happens when they lift this constraint.

Haye also hopes that future research will be able to determine the true depth of the oceans within these moons.