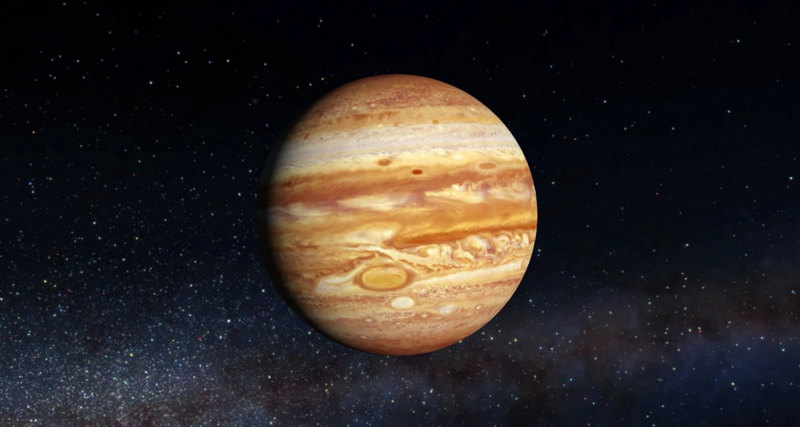 The Northern Lights of the Earth know all or nearly all. This phenomenon occurs when the charged particles emitted by the Sun, following along the lines of force of the earth’s magnetic field, enter the atmosphere and interact with the molecules of its gases.

As a result, the temperature of gases in the ionosphere increases, but on a planetary scale this effect is so small that no climatologist would ever think to take it seriously into their models. But as it turns out, on other planets, the situation is different.

The fact that auroras occur on Jupiter has long been known. In the largest planet of the solar system, the magnetic field is much stronger than the earth, so the beautiful effects there are so vast that they can be seen in modern telescopes.

Recent studies show that the atmosphere of the planet is warming to a considerable depth – at least to the stratosphere, and the auroras are very sensitive to changes in the solar wind. 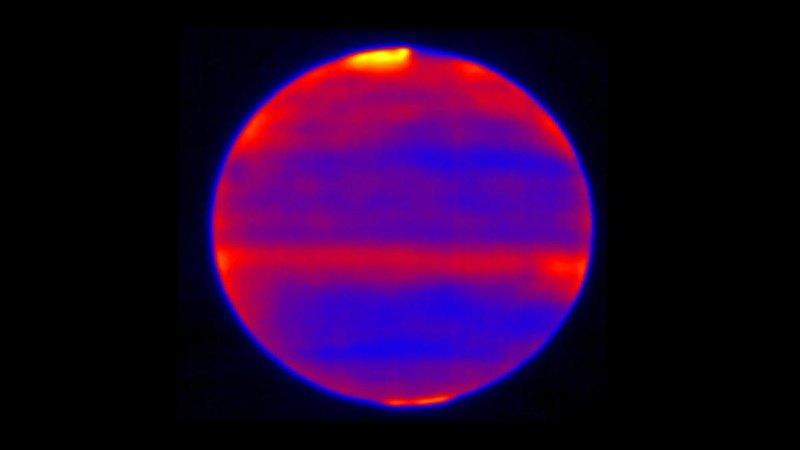 Auroras on Jupiter. In the infrared range clearly visible zone of heating of the atmosphere (shown in yellow)


“What is striking in the results is that for the first time we were able to compare changes in the solar wind and the reaction in the stratosphere — and that the response to these changes is so fast and on such a large area,” says Glenn Orton from JPL.

A team of researchers discovered that during the day, when the solar wind irradiates the part of Jupiter turned toward the Sun, the chemical composition of its atmosphere in the irradiation zone changes, and the temperature rises. Infrared images taken in January, February and May 2017 clearly show the hot zones near the poles where Jupiter’s auroras occur.

Due to the fact that Jupiter, in fact, is always turned to us by the day side, it is difficult to observe the aurora there in the optical range – the Sun shines on them. That is why scientists observed the planet in the infrared range using a COMICS spectrograph on the Subaru telescope on the summit of Mauna Kea, Hawaii.