K2-39b: the planet, which is where it should be 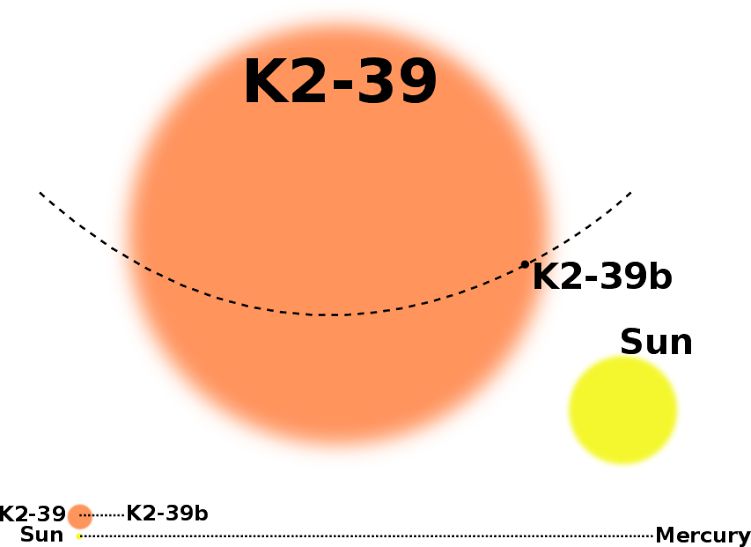 An international team of astronomers reported the discovery of new extrasolar giant planets orbiting stars of subgiant on so narrow orbit that the planet should be destroyed by the action of tidal forces of the star. However, despite the low probability of such an orbit, the planet is on it, being the closest to the star-exoplanet subgiant, a famous scientist.

This planet, designated K2-39b, was first discovered through continued mission of the space telescope NASA “Kepler, known as K2. To confirm the planetary status of object K2-39b, a team of researchers under the leadership of Vincent van Eilean from Aarhus University, Denmark, used a spectrograph High Accuracy Radial velocity Planet Searcher (HARPS) mounted on the 3.6-meter telescope of the European southern Observatory located in Observatory, La Silla, Chile, and the Nordic optical telescope, located on the island of La Palma in the Canary archipelago, as well as Magellan telescope No. 2, located in Observatory, Las Campanas, Chile.

Subsequently, additional observations by ground means of observation allowed not only to confirm the planetary status of that newly detected object and to determine its approximate mass, which was approximately 50 Earth masses and a radius, which is estimated approximately in 8 radii of our planet.

However, the most intriguing in this new study is that the planet moves around the parent star-subgiant in an orbit with a period of only 4.6 days, and lies so close to the star that she should be torn apart as a result of tidal forces of the star.

In this study, astronomers try to estimate how long a planet K2-39b will be able to survive in its current orbit until the final destruction. According to these estimates, the doomed exoplanet to be destroyed by the star about 150 million years.

Work has appeared on the server prior scientific publications arxiv.org.