Kepler telescope mission is over 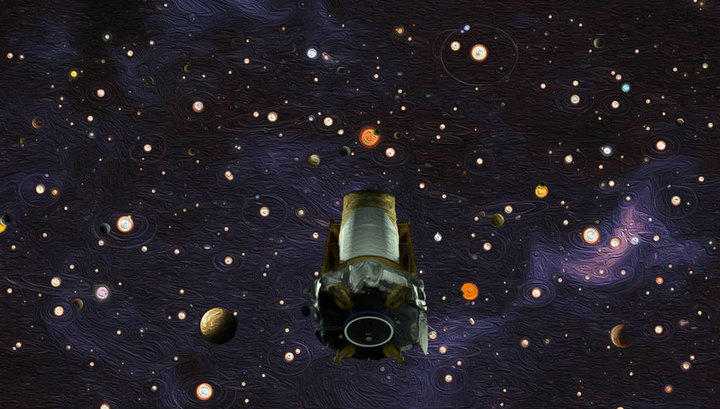 For nine years in deep space, Kepler has helped scientists discover more than 2,600 objects. Moreover, he collected data proving that there are billions of planets in space, many of which may be suitable for life. It was with the help of Kepler outside the solar system that planets of the size of Earth and smaller were found.

Kepler is the first attempt in the NASA mission to find an exoplanet, a planet similar to Earth. Thanks to the data obtained with the help of this telescope, a new area of ​​research was created, which shed light on the secrets of the Universe and on the place of man in it. Scientists could see that there is a great variety of stars in the Universe, and that from 20 to 50 percent of these stars can have planets located within the so-called “habitable zone” – that is, having liquid water and therefore theoretically suitable for life.

The telescope was created on March 6, 2009. It was equipped with an ultra-sensitive photometer and the most powerful digital camera of its time. In 2011, it was announced that Kepler had discovered the first exoplanet, the super-earth in the habitable zone of the star, called Kepler-22 b. In 2013, the telescope malfunctioned, it went down, but in 2014 its performance was restored.

By 2015, the telescope helped discover a thousand planets, at least two of which were in the habitable zone and could be similar to Earth. In January 2015, NASA announced the discovery of five terrestrial-type exoplanets.

In May 2015, with the help of the Kepler telescope, scientists were able to see the explosion of the supernova KSN 2011b and trace the processes that occurred after the explosion.

On July 24, 2015, an exoplanet the size of Earth was found, located in a residential zone of a star resembling the Sun.

The data obtained by the telescope immediately became the property of the public and scientific communities. This allowed us to make discoveries at an incredible pace and create a great foundation for other research. NASA emphasizes that it will take more than ten years to study all discoveries made with a telescope.

The successor to Kepler was the TESS (Transiting Exoplanet Survey Satellite) space telescope, also aimed at finding exoplanets. It was launched into orbit in April 2018.