Kvadrantida: a meteor shower from the disappeared constellation 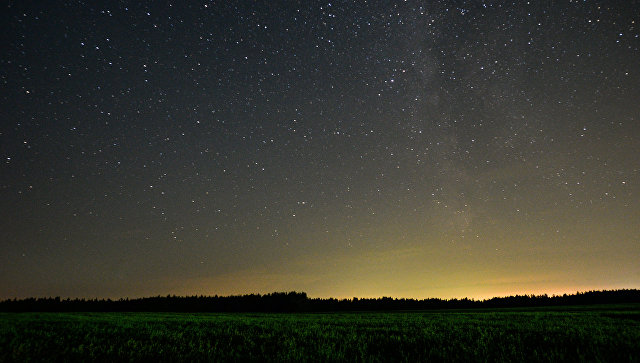 Kvadrantida – really “New Year’s” meteor shower. Its peak falls on night from the third for January fourth. The stream, despite comparative abundance of meteors (about 100 meteors an hour), is not as effective as, for example, bright December Geminida. But the meteor shower in itself is interesting also by the history.

This year Kvadrantidami’s interested waits for time, quite successful for observations: the growing Moon will not reach also a quarter of a phase yet. Besides, it will be behind the horizon till midnight. It is necessary only to hope for clear cloudless night time, the Crimean physicist, the astronomer Alexander Yakushechkin told RIA Novosti.

For the first time the stream was described by Italian Antonio Brukalassi who wrote on January 2, 1825 that “the atmosphere was crossed by a set of the shining bodies known under the name of incident stars”.

Later astronomers were convinced that the stream is annual. The stream received the name on the location of the radiant (the imaginary place in a firmament from where meteors fly) – in the constellation of the Wall Quadrant (Quadrans Muralis). This constellation was offered the French astronomer Joseph Laland in 1795. On a legend, in this constellation the astronomer wanted to immortalize the well-known astronomical tool Quietly to Braga – a huge quadrant — the astronomical tool used then to measurement of height shone over the horizon.

The constellation the Quadrant was not especially popular among astronomers. It is necessary to tell that at 16-19 centuries on celestial maps there were all new and new constellations – Antina, the Flying squirrel, Lilia, LAS, the Slang Ship, and a set, a great number of others. In 1922, the International astronomical union accepted the modern list from 88 constellations. The quadrant was not included into this list. The stars attributed to this constellation are included in the Bootes constellation, the Dragon and Hercules.

But, thanks to a meteor shower, the name of the disappeared constellation forever is imprinted in astronomy.

Long time astronomers could not define an object — the primogenitor of this meteor shower – usually him is a comet. Scientists even suggested that “parent” of a stream does not exist any more that it is destroyed. Only in March, 2003 the asteroid (196256) 2003 EH1 was open. The American astronomer Dzhennisken opened it.

“The orbit of this celestial body is very inclined to the Ecliptic – the plane in which Earth around the Sun moves. The slope angle makes nearly 71 degrees. It – is a lot of. The asteroid aphelion (the orbit point, most remote from the Sun) lies apart 756 million km (to 5,05 a.a.) from the Sun. It is area between Mars and Jupiter – a belt of asteroids. I will remind that to an a.a. – “Astronomical Unit” — is approximately equal to average distance from the Sun to Earth (149, 6 million km)” — Yakushechkin tells.

Diameter of an asteroid 2-3 kilometers, and a period of revolution – 2016,5 days (about five and a half years), is said by the astronomer. For a variety of reasons scientists consider that the asteroid (196256) 2003 EH1 is the comet rest. In this sense a situation with the primogenitor of a stream Kvadrantid very much reminds a meteor shower Geminid whose parental body is also the asteroid — the former comet the Phaeton.

The meteor shower works from December 28 to January 7. The maximum of activity of a stream drops out usually in the night of January 3 — 4, the astronomer reported. Speed of meteors of a stream concerning Earth about 41 km/s — above, than at Gemenid, but is less, than at meteors of an August flow of Persida.