Large asteroids near the Earth was less than thought 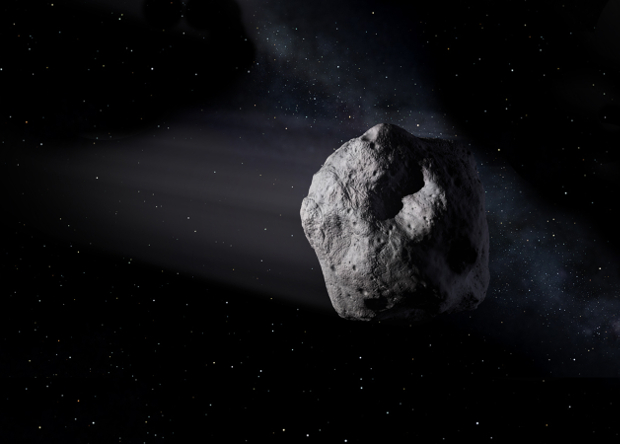 The number of large asteroids, whose orbit passes in the immediate vicinity of the Earth, should be less than previously thought. This was reported by scientist Alan Harris at the 49th annual meeting of the Department of Planetary Sciences of the American Astronomical Society.

For several decades, astronomers have cataloged potentially asteroids that are dangerous to the Earth. It includes all objects whose trajectory passes at a distance from 0.9 to 1.3 astronomical units from the Sun. In addition, researchers estimate the number of objects that have yet to be found. In their calculations they take into account how many asteroids of different sizes were detected in a certain section of the sky, and also how great the sensitivity of modern telescopes.

In past works, Alan Harris came to the conclusion that we have to find at least 100 objects with a diameter of more than a kilometer. However, now the researcher discovered an error in the calculations. After its correction, the number of large asteroids not yet discovered has decreased to 40. 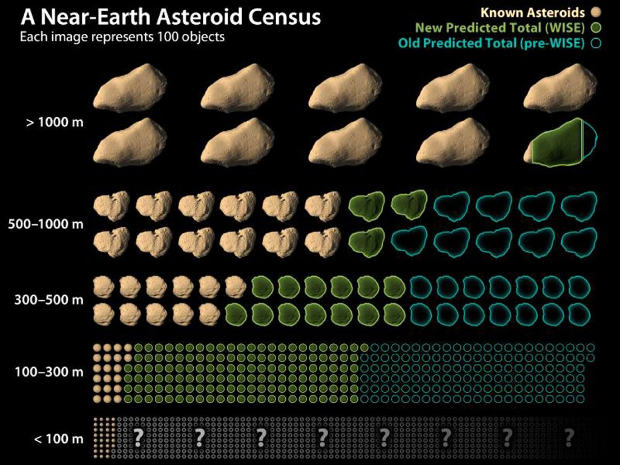 Estimation of the number of detected asteroids based on WISE IR-telescope data, 2011

Estimated size of the asteroid depends on its brightness, which is measured in units of absolute stellar magnitude (H). The larger the absolute magnitude of the object, the more dim it looks and the smaller its diameter. The center of minor planets, which collects and systematizes observations of small bodies of the Solar System and comets, usually rounds off the value of the stellar magnitude to the tenths. Most often this does not affect the calculations, but this time led to an error.

In 2015, Harris and the Italian astronomer Hermano D’Abramo predicted that there are about 990 near-Earth asteroids with a diameter of more than one kilometer (a magnitude of 17.75). After refining the data, it turned out that such objects should be 921 ± 20. Today, 884 large asteroid, whose orbit passes in the immediate vicinity of the Earth – that is, about 96 percent of all predicted objects, are known.

Astronomers have long been monitoring potentially dangerous objects for the Earth. Today, several large celestial bodies are known which, in the event of a collision, can cause global catastrophes for humanity. Last week, for example, a 30-meter asteroid flew over Antarctica, at which time scientists tested the technology of tracking dangerous objects. Also, researchers recently proposed to determine the orbits of potentially dangerous comets using artificial intelligence systems.