Last night, two meteor showers – Southern delta-Aquarids and alpha-Capricornids – reached their maximum activity. The progenitor of the first stream is the short-period comet 96P / McCholtz, but the question of the parent object of alpha-Capricornide remains unresolved.

This year, the International Meteor Organization predicts that the peak of activity of both streams will occur on July 30, but the increased activity of alpha-Capricornide may last until July 31. It is expected to 30 meteors per hour, on a dark sky not illuminated by city lights to the sky. However, due to the low location of the radiants in the mid-latitudes, in reality it will be possible to see up to 15 meteors per hour. At this time, the famous Perseid meteor shower is already becoming quite active. Judging by the results of observations of past years, on this day you can expect about 10 meteors per hour. Thus, on the night of July 30 there is a chance to see up to 25 meteors per hour belonging to three different streams! 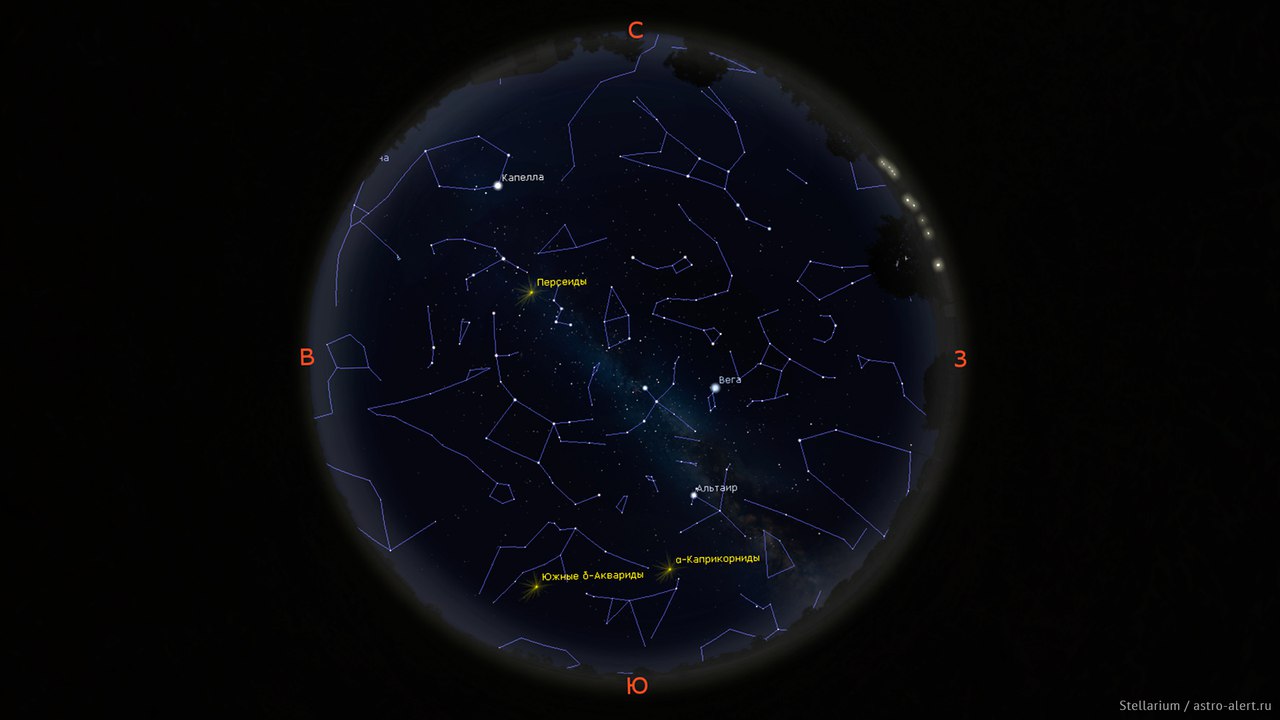 Radiants of the Southern delta Aquarids, Alpha Capricornids and Perseids are found in the constellations Aquarius, Capricorn and Perseus. The speed of meteoric entry into the atmosphere is 41 km / sec, 23 km / sec and 59 km / sec, respectively. For comfortable observation of meteors, you should lie with your feet to the south and look into the near-zenith area of ​​the sky. The growing Moon in the 0.43 phase will not interfere with observations.