Life in other star systems could have discovered Earth 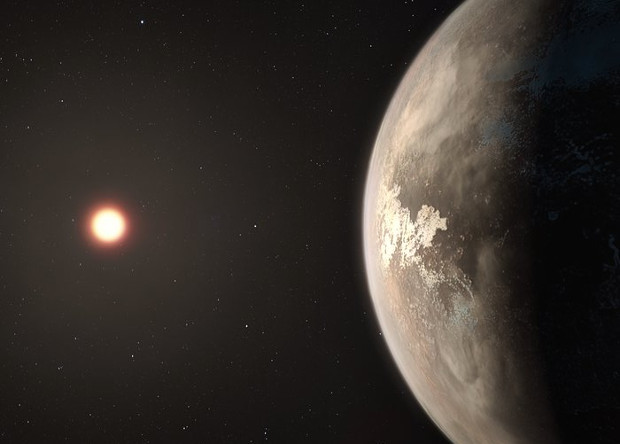 Scientists at Cornell University and the American Museum of Natural History have identified 2,034 nearby star systems that could find Earth simply by observing our pale blue point crossing the Sun.

Within a small cosmic distance of 326 light years, there are 1,715 star systems that could have discovered Earth since the heyday of human civilization about 5,000 years ago, and 319 more star systems to be added over the next 5,000 years.

Exoplanets around these nearby stars have been given a front row space seat to see if there is life on Earth, scientists said in a study published June 23 in the journal Nature.

“In terms of exoplanets, we are aliens,” said Lisa Kaltenegger, professor of astronomy and director of the Carl Sagan Cornell Institute at the College of Arts and Sciences. “We wanted to know which stars have the correct vantage point to see the Earth as it blocks the sun’s light,” she said. “And as the stars move, this point of view appears and is lost.”

Kaltenegger and astrophysicist Jackie Faherty, senior fellow at the American Museum of Natural History and co-author of Stars of the Past, Present, and Future That Can See Earth as a Transiting Exoplanet, used positions and motions from the European Space Agency’s Gaia eDR3 catalog to determine which stars are included into the transit zone of the Earth and leave it and for how long.

“Gaia provided us with an accurate map of the Milky Way galaxy, which allows us to look back and forth in time and see where the stars were located and where they were going,” Faherty said.

“Our sunny region is a dynamic place where stars come in and out of an ideal vantage point and see the Earth swiftly pass by the Sun,” Faherty said.

The catalog of 2034 star systems includes 7 known exoplanets. Each of these worlds had or will have the ability to discover the Earth, just as Earth scientists have discovered thousands of worlds orbiting other stars using the transit method.

The Ross 128 system with a red dwarf star, located in the constellation Virgo, is about 11 light-years away, and is the second closest system with an exoplanet the size of Earth (about 1.8 times the size of our planet). Anyone in this exoworld could see the Earth pass through our Sun for 2,158 years, starting about 3,057 years ago; they lost their point of view about 900 years ago.

Trappist-1, 45 light-years from Earth, contains 7 Earth-sized transit planets – four of which are in the star’s temperate habitable zone. Although we have detected exoplanets around Trappist-1, they will not be able to detect us until their movement takes them into the Earth’s transit zone after 1642. Potential observers from the Trappist-1 system will remain in the seats of the space transit stadium for 2371.

“Our analysis shows that even the closest stars typically spend more than 1000 years at a vantage point from where they can see the transit of the Earth,” Kaltenegger said. “If we assume the opposite is true, it will provide a healthy timeline for nominal civilizations to identify Earth as an interesting planet.”

The James Webb Space Telescope, which is expected to launch later this year, is to study several transit worlds in detail, characterize their atmospheres, and ultimately find signs of life.

“You can imagine that other worlds that have already discovered us are making plans to study our planet and the solar system,” said Faherty. “This directory is an intriguing thought experiment in which one of our neighbors can find us.”