Life on Europe can hide under the ice 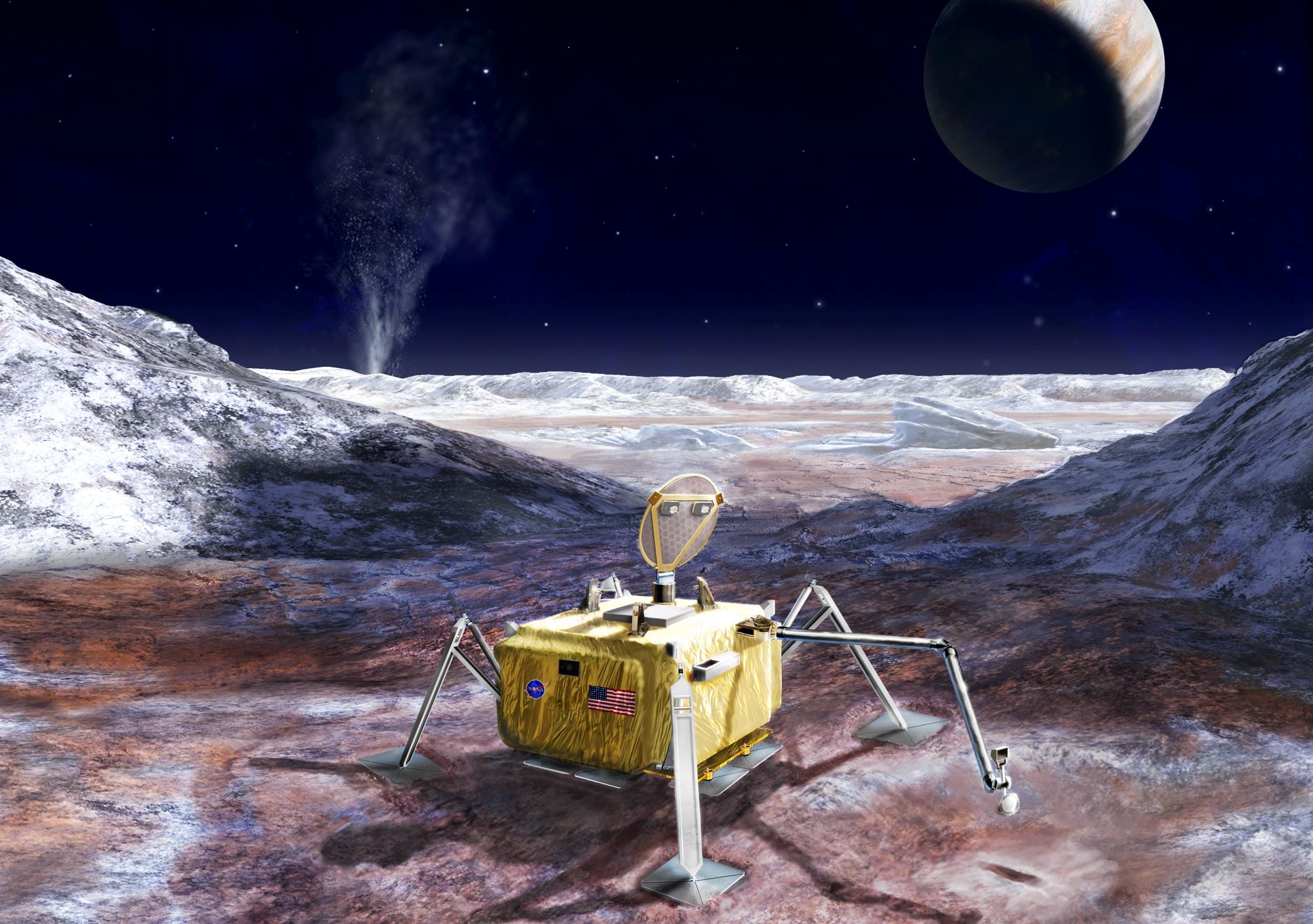 A new estimate of the level of radiation on the surface of the satellite of Europe showed that it is not so large, and biomolecules can remain very shallow under ice.

The satellite of Jupiter Europe is considered one of the most promising bodies for searching for extraterrestrial life in the entire solar system. However, its orbit passes through the radiation belt of a huge planet, receiving millions of times more radiation than we do on Earth. As far as we know, no life can exist under such conditions, although it may well be hiding under the screen of the satellite’s icy crust.

For this, it is not even necessary to descend to a depth of 10-30 km, where an entire ocean of liquid water is supposed to exist. New estimates of the level of radiation in Europe show that the circumpolar regions receive much less radiation than really severe low latitudes: already a few centimeters of ice can serve as a sufficient shield from local radiation. And if in a few years a mission will go to the satellite to search for life, it is there that the chances of finding it are maximum.

In an article published in the journal Nature Astronomy, Tom Nordheim and his co-authors assess the potential for detecting potential biomarkers in different parts of the surface of Europe. In fact, even if life lurks in a remote depth below the ice crust, the crust of the satellite itself is geologically active and constantly renewed, and can carry traces of vital activity closer to the surface.

The further fate of these molecules – and if we talk about life in the only known form to us, then we are talking about amino acids and other fairly complex organic compounds – depends on the radiation. According to new calculations by Nordheim and his colleagues, the motion of Europe in orbit leads to an uneven distribution of radiation particles over the surface, and they form two “radiation lenses” with centers near the equator – in the anterior and posterior hemispheres.

The radiation level allows the organics to remain stable at a depth of 10-20 cm at low latitudes and up to 1 cm in medium and high. It is worth remembering that now, for the launch in 2024, NASA officials are considering the Europa Lander mission project. The device should be equipped with spectrometers and a microscope for examining the samples, and also with a drill designed for a depth of up to 10 cm. Apparently, this should be enough to detect “European” life – if only it exists.