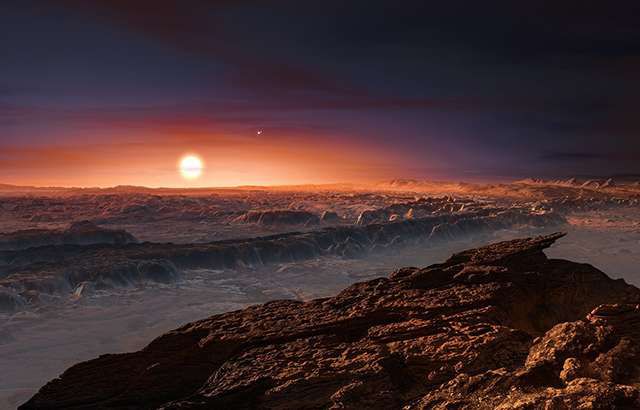 Atri’s (Dimitra Atri) dimitre, the astrobiologist from Institute of space sciences “Blue Marble”, Chile, has presented the new work describing computer modeling of conditions on the surface of the planet Proxima of b addressing around a star of Proxima of the Centaur on which surface there can be life.

In August of last year the team of scientists identified the planet moving on an orbit around a star of Proxima of the Centaur – the red giant located at distance only 4,2 light years from us. Detection of the planet in a manned zone of this the star, closest to the Sun, known for the scientist, has excited astronomical community as meant possible existence on the surface of this planet of extraterrestrial life. Since that time, Atri reports, she has developed model which allows to measure influence of star flashes on this planet and to define whether will be able in the conditions of impact of these flashes on the planet to arise life.

To define whether the Proxima of b will be suitable for life, Atri was necessary to take into account three major factors – type and the amount of star flashes, various thickness of the atmosphere of the planet and power of her magnetic field. She reports that in case it turns out that the Proxima of b has the atmosphere similar to the atmosphere of Earth, then the life which has arisen on her surface could transfer destructive influence of star flashes. If this planet, on the contrary, had no thick atmosphere or would have weak magnetic field, then large flashes on a parental star would erase all live from a face of this planet.