Life on the ISS 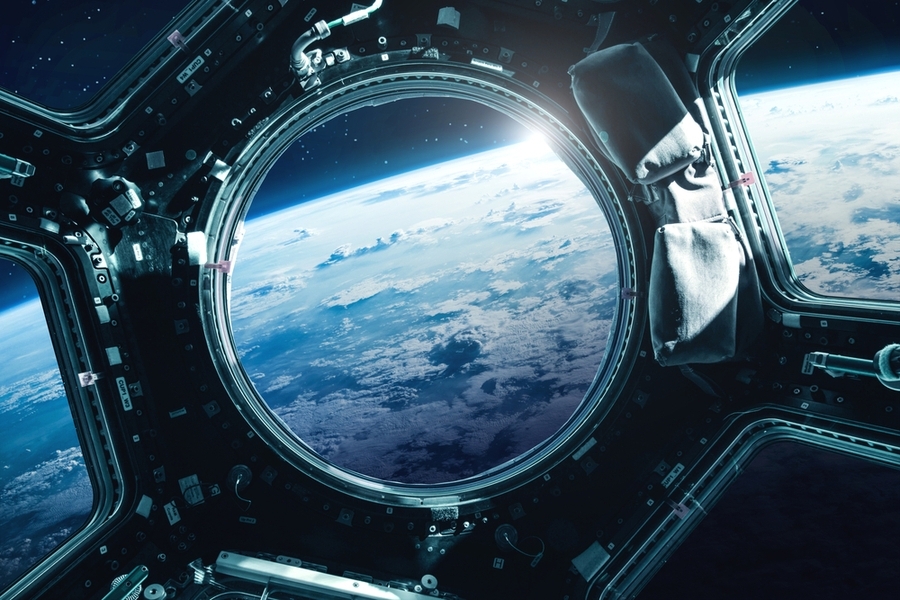 Earth is the most beautiful thing that can be seen from space. This is the warmest – native, and everything else seems icy and gloomy.

The International Space Station (ISS) is a manned satellite of the Earth, which is located at an altitude of 354 kilometers. The station makes a complete revolution around our planet in an hour and a half. The first expedition to the ISS took place in October 2000 and since then space agencies of different countries regularly send astronauts to work in orbit. “Business trip” can last for several months, and only up to 10 people can simultaneously accommodate at the station.

About how life works on the ISS, the editors of Vesti. Real estate talked with Valery Tokarev, a test cosmonaut, mayor of Star City, who spent almost 200 days in space.

Is there a concept of personal space at the station?

Now the station is quite large, it combines several modules – there are almost 500 meters of cubic space. There are no boundaries between the modules, the atmosphere is one, you can move freely. However, areas of responsibility of each crew exist.

Everyone has their own cabin. Cabin, of course, very small. The Americans have a little more, in the Russian module – less. This is a closed space with a height of just over 2 meters, a depth of 60-80 cm, and a width of about one meter. Cabins inside are covered with soft material. Berth – upright hammock.


In the cabin you can place your own laptop – it is not online, but you can drop mail from family and friends from a network computer to it, then read it. Now the opportunities are such that you can get in touch with relatives quite often, of course, when there is time for it. You can call via satellite, even on a landline, at least on a mobile phone.

How is life organized?

When I flew, there were only two of us at the station. But even when there are six people at the station, there is no duty as such. Everyone, however, is responsible for his zone – the Europeans for their module, the Americans – for their own. However, the park-economic day has not been canceled – vacuuming, cleaning, cleaning filters should be at least once a week, and even more often. The vacuum cleaner, which is at the station, built specifically for work in space conditions. Vacuuming is necessary not only the floor, but also the walls and the ceiling. For the toilet you need to follow all the time. All this, however, does not cause any difficulties, is taken for granted.

The crew is formed a year and a half before the flight and its members usually understand what to do and how to do it. In general, I was lucky with the crew – both on the shuttle and on the Soyuz spacecraft, and the space tourist also got a great one. As the commander of the ship, he didn’t give me trouble, it’s not always the case. We spent 190 days at the station with an American colleague – we communicate with him until now, we meet. Not all crews after a flight are friends and talk, very often just diverge.

Are the real sensations of a flight into space comparable with what you presented before it?

I’ve been flying all my life. And I felt the state of weightlessness thousands of times during the flights on fighters. Yes, this is not a prolonged weightlessness, but still it was not a new sensation for me, and the organism was prepared for space flight.

Earth in the porthole

The best pictures can be taken from the porthole in the Russian compartment. It is closed with a special lid to protect the glass from micrometeorites. The number of openings of the cover is regulated. On this window, the only one of all, there is no protection from ultraviolet radiation – it is “clean”. I myself took about 20,000 photographs from space – at the station there are long-focus lenses, with the help of which excellent photographs are obtained.

Earth is the most beautiful thing that can be seen from space. This is the warmest – native, and everything else seems icy and gloomy. Emotionally you understand that this is your home. The most good entertainment for many astronauts is to watch the Earth, to photograph it.

Over time, you learn to distinguish exactly where you are and what you see, not including the computer. Looking for familiar places, places where you were – you can find cities, rivers and even railways.