Live broadcast of the total solar eclipse on August 21, 2017 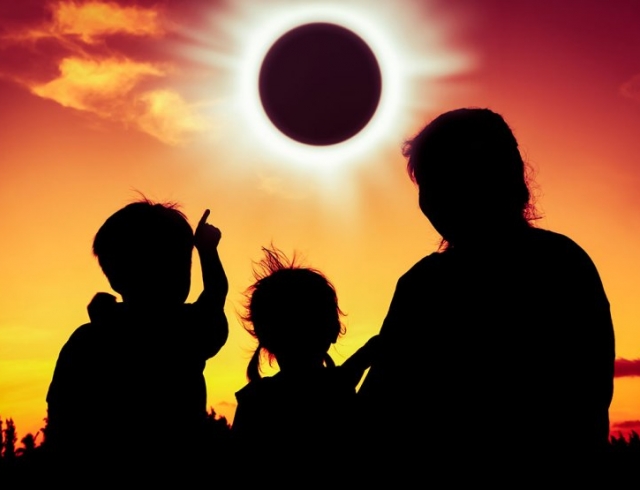 Today, August 21, virtually throughout the United States of America, from Oregon to South Carolina, residents will be able to watch an incredibly exciting heavenly spectacle – a total solar eclipse, during which, according to preliminary information in “darkness” for 2 minutes and 40 seconds, most of the country’s regions will be submerged.

American citizens have already dubbed the upcoming event “a great American eclipse,” which according to polls are accurately planned to observe 32% of people from the entire population.

Cartographer Michael Seiler, specializing in solar eclipses, said that about 8 million Americans are thoroughly preparing for tomorrow, and even planned group trips to places where the most “profitable” it will be possible to contemplate such a phenomenon.

Students from American schools, along with their parents, organized their own activities in this regard, and even figured out how best and safer to look at the sun, by spending on special glasses. They make them themselves from the cheapest lenses bought in the store, strips of cardboard, fastening all this with ordinary paper clips and duct tape.

In any case, to observe a complete solar eclipse should be done with extreme caution, the moment when the Moon conceals the solar disk behind it will certainly be visible to the naked eye. But with a partial solar eclipse, appropriate protection must be used to avoid serious eye damage, which can not only spoil the eyesight, but also lead to blindness.