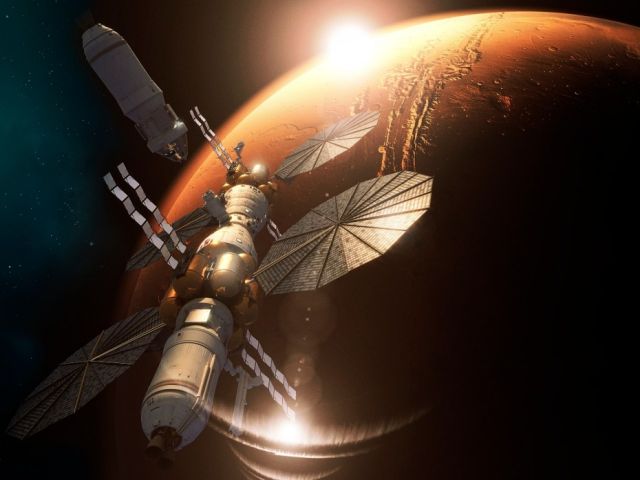 Lockheed Martin has presented a space station project, which is expected to be placed in orbit around Mars. The project was named Mars Base Camp. In addition to the station, the company announced plans to develop a Martian descent vehicle MADV, which will allow astronauts to make short expeditions to the surface of the Red Planet.

It is planned that astronauts will be able to spend 2 weeks on the surface of Mars. The device will accommodate 4 people. He does not need refueling to fly back to the orbital station. During the soft landing, the descent module will use the engines in the same way as the first stages of the Falcon 9 rocket do now. 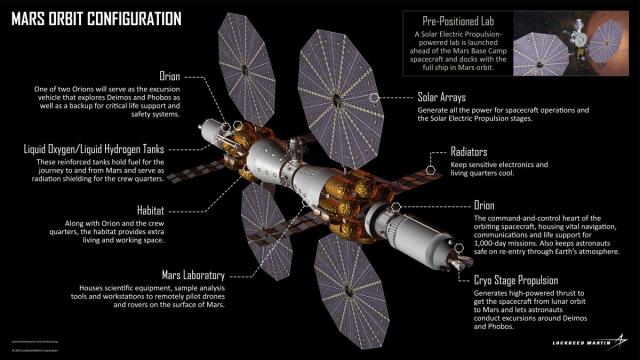 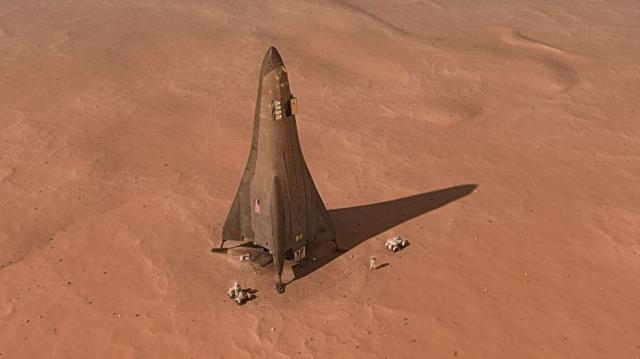 As a basis for the development of the device used the ship NASA Orion. The descent vehicle will operate on liquid hydrogen – liquid oxygen. The necessary components are planned to be obtained in orbit by splitting water, using the energy received from solar panels.

In addition, the company plans in the longer term to develop a transport spacecraft that will handle the delivery of water, possibly from ice-covered nearby asteroids.