Lockheed Martin plans to send humans to Mars in 2028 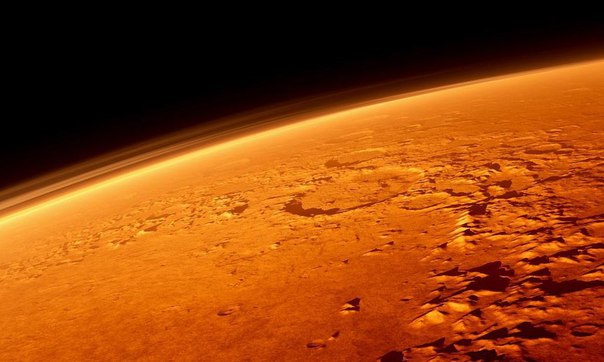 The space race, which aims to send humans to Mars, is rapidly gaining momentum. Not so long ago it was joined by a brilliant inventor and engineer Elon Musk, who dreams to complete your days on Mars”.

Space Agency NASA for several decades exploring the Red planet, creating a large data base before sending the first people in 2030-ies. But to the Martian race is constantly joined by new players like Lockheed Martin. The latest plans to deliver the first humans to orbit Mars by 2028.

The company Lockheed Martin has unveiled its space program called Mars Base Camp, which involves sending to Mars space laboratory, where you will live and work six astronauts. The unit will be released to orbit the red planet after 10-11 months, after which the team will begin research of Mars and its satellites Phobos and Deimos. The programme is also planned to descend on the planet’s surface a few new Rovers and drones that operators first be able to manage in real time. Let us remind you that earlier Rovers had to manage a literally blind as a signal from Earth to reach Mars in about 20 minutes.

“We think that the yield on the Martian orbit is an obligatory and necessary step, before man first set foot on this planet. We believe that the delivery of scientists and research laboratories directly to Mars will allow us just a few months to learn more about this planet than we know about her up to this for the last 40 years,” said Tony Antonelli, head of space research Lockheed Martin and former NASA astronaut.

Space base will be built based on existing and proven technologies. It will consist of living quarters, research laboratories, two transport ships Orion, four massive solar panels, folding radiators for heat dissipation, but also of the many fuel tanks, it will take the astronauts to reach Mars, to perform the task, and then return back. 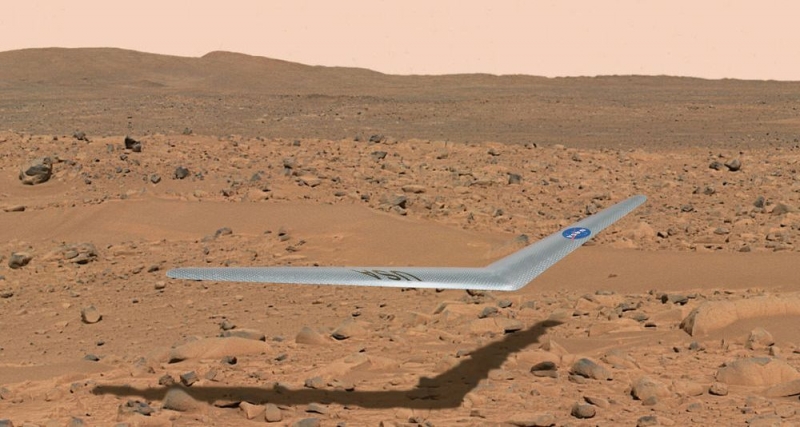 Transport the Orion spacecraft was first sent into space in 2014. Really people it was not for security reasons. The following unmanned tests, including a flight around the moon planned for 2018. In the mission the Lockheed Martin Orion spacecraft will serve as the “brain” of the space base and the center of communications with the Ground. Replacement Orion spacecraft in the structure of the database plays the role of a safety net if something goes wrong and the team will need to evacuate. Between the two modules, the Orion will be the HAB and lab.

Space base will go into space in parts and assembled right there near the moon. In the future, Lockheed Martin engineers plan to equip the base module, in which astronauts will be able to go with her on the surface of Mars, and then come back. But this is just far-reaching plans. First of all, you need to build a base and deliver it to Mars. If NASA will support the initiatives of Lockheed Martin and will give the project the green light, the latter even have one volunteer willing to take part in this risky mission. Of course, we are talking about the Tony Antonelli. According to the former astronaut, “microgravity is addictive”. 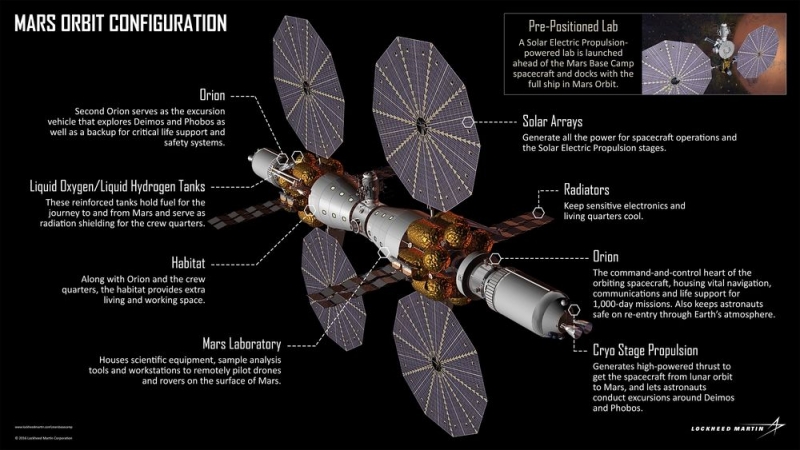 “When I was a kid, I always thought it was incredibly cool profession. I always dreamed that one day I can invent and implement a way to deliver people to the moon. Since Moore much has changed, and here we are already preparing for a manned journey to Mars”.