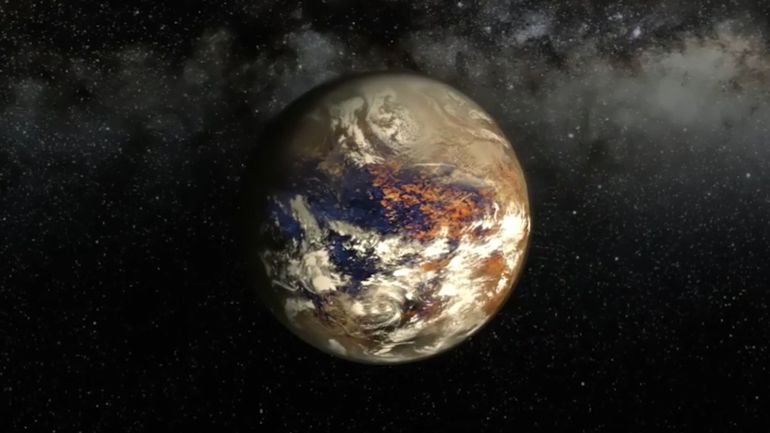 Recently, scientists were lucky to access in the system alpha Centauri planet, which is currently considered the closest to the Earth exoplanet where life is possible. But how does this cosmic body? According to the researchers — as anything from the world like a Cannonball to the ocean-covered planet, consisting of half water.

In August of this year, astronomers found that in nearest to the Sun star system, alpha Centauri, the planet is 1.3 times more Land mass. The system consists of 3 stars (alpha Centauri A, alpha Centauri B and Proxima Centauri, dwarf), thus Proxima Centauri is the native sun for this planet. The exoplanet, named Proxima b, revolves in orbit around the star at a distance comparable to tenth fractions of the distance between mercury and the Sun. Despite the fact that red dwarf is 600 times weaker than the Sun, Proxima b may be in “habitable” zone, where possible familiar to us because the star radiates enough heat that the planet was covered by liquid water, not ice.

However, one of the most important parts, hitherto unknown, is the diameter of the planet. This means that the astronomers can calculate its density, which in turn leads to the fact that we can’t assume what an exoplanet. However, some of the theory on this account still exist. On the basis of the mass of Proxima b, astrophysicist bastien Brugger in Astrophysical laboratory of Marseille were modeled together with colleagues what could potentially be the structure of a celestial body and what size it based on this has. “Even if we do not know the radius of the planet, we can still get a hypothetical idea about its structure”, says Brugger. So, one possibility is that planet completely covered by ocean with an average depth of 193 kilometers.

If Proxima b, as some think, reminiscent of the Cannonball (as mercury), it will be only 6% less Land. This dense, fully cured version of the planet will consist of a metal rod of approximately two-thirds of the mass of rocks covered with the outer shell. On the other hand, if it is half water ice, as the largest moon of Saturn, Titan, the exoplanet would be about 40% more Land. In this case it will be covered by the deepest ocean, the pressure of which is so strong that the water will remain in the form of ice covering a rocky mantle and metallic core.

However, there is no guarantee that the structure of the planet will correspond to the planets of the Solar system, as stated by the astronomer Frank Marchis, Chairman of the group of researchers of exoplanets in SETI Institute in California that have not yet participated in this study. Brugger agree with his opinion, noting that future study of the star Proxima Centauri will help to simulate a more accurate picture and not do the bare hypotheses. “Thanks to the project, Starshot, we in 20-40 years will receive photos of Proxima b, which will allow us to understand how it looks in reality”, he promises.