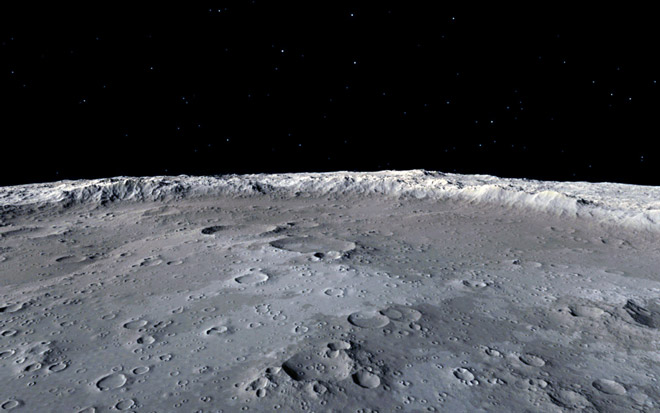 Lunar soil is dangerous for people, according to a new study by scientists at the University of Stony Brook, with the assistance of NASA. Particles of regolith – a superficial loose layer of lunar soil – cause mammalian cells to mutate, which causes serious diseases.

The danger of lunar soil for the human body is known since the time of the lunar missions “Apollo”. Electrified small particles of regolith easily adhered to spacesuits and landing modules. In contact with the lunar soil, astronauts experienced strong tearing, sneezing and coughing.

Therefore, scientists decided to test how the lunar soil affects people and animals. Mouse and human cells were exposed to artificial moon dust and watched what was happening.

The results showed that the soil is dangerous for living cells. Both mouse and human cells after contact with regolith either died or mutated by changing DNA.

It turned out that lunar dust has the property of creating free radicals. These active molecules take the missing electrons from the complete molecules, which themselves become unstable. Aggressive oxidation, which triggers free radicals, leads to cell damage and disruption of normal biochemical processes.

Such changes can lead to threatening illnesses and even death.

However, the experiment is not completely reliable. The lunar soil used in the study was created artificially, and the cells were outside the body.

In the plans of scientists – to check the effect of this lunar soil on living organisms.