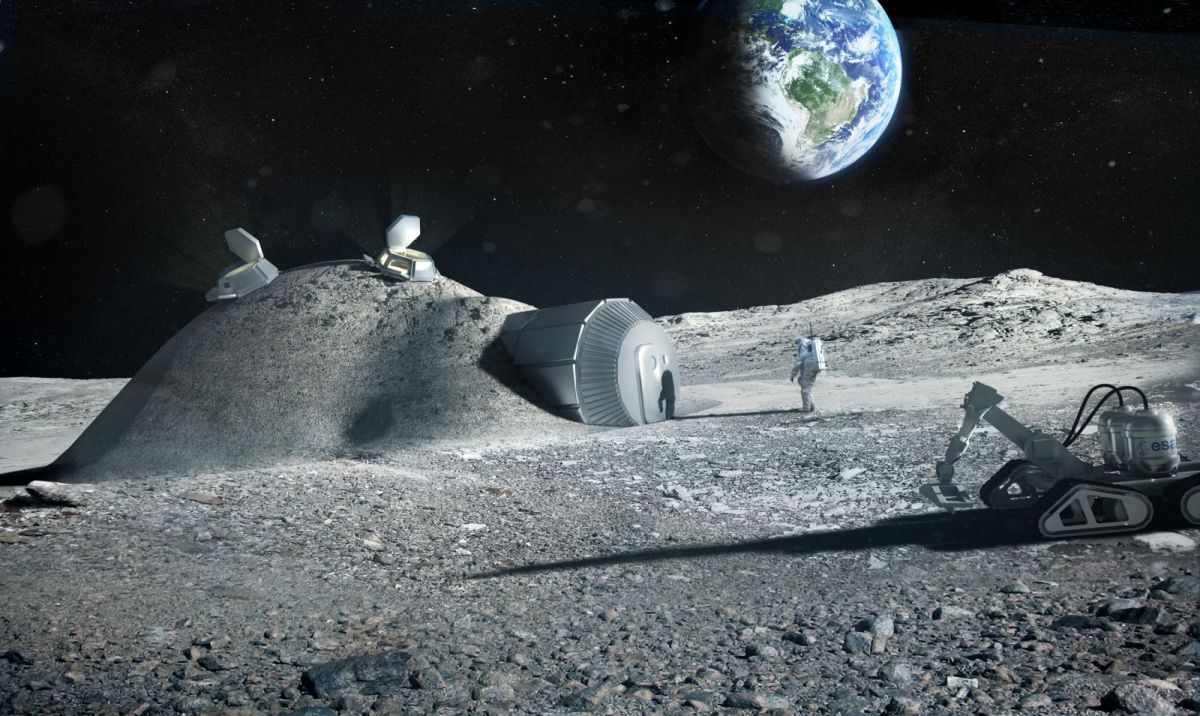 Last year the European space Agency (ESA) announced the desire to build a permanent lunar base, “lunar village”. The project may be a new step towards deep space exploration after 2024 will stop support service the International space station.

Moon village, in turn, is part of the concept “Space 4.0” Johann-Dietrich Werner, acting Director of the European space Agency, managed to move the project to the development of the “one small exception”, as he says himself.

By itself, the concept heralds a new era in which space exploration will no longer be the exclusive prerogative of the state companies, becoming open and private organizations. Speaking at a recent Meeting of the Council of Ministers of foreign Affairs in Switzerland, he said that the idea of a lunar base fits perfectly into the overall concept for future development in the space sector.

The concept of “Space 4.0” has received worldwide support. In his favor came not only from all 22 members of the ESA, but also other countries outside the European Union. After numerous sessions live discussion (including a very tedious financing) the project of the concept of “European unification Space 4.0” was able to collect about 10.3 billion euros earmarked funds.

As for the “small exceptions”, it means the project’s Asteroid Impact Mission (AIM) to assure financial support which in the last Assembly has failed. In short, the project offers one of the options protect our Earth from outer space threats with built aerospace Agency NASA spacecraft Dart, which would lead the hunt for the threat to our planet by asteroids.

“This is the best thing at the moment can offer ESA, but apparently the time has not come yet: the project is too bold, innovative and ambitious,” said Werner.

The European space Agency is not the only organization who has his eye on the moon. For example, the British architectural firm Foster Partners has developed their version of an inflatable lunar dwellings with durable one-piece dome that can protect lunar colonists from cosmic radiation and small space debris. Google with its XPRIZE competition has created a real biathlon among the contenders for the flight to the moon. In the race to take part such countries as India, Japan and China. It is pleasant to note that Russia is also in the list.

If as a whole to consider the draft extraterrestrial settlements, the main competitor of the moon in this question is, of course, Mars, which is not a joke attracted the attention of NASA and Elon musk. But despite the same Mask plans for sending humans to Mars in the near future, the construction of the colony will obviously require much more resources and time than building the same “Lunar village”. Think about it: the flight to Mars at one end may take three years (excluding preparation time), so the real weighing of the facts, the colonization of the red planet will begin no earlier than the period of the next 40-100 years. Flight to the moon, in turn, is only three days. And as ESA is going to build a colony of 3D printing technology and materials gathered from the lunar regolith, and the delivery of essential equipment in this case will be much easier and cheaper.

Some, of course, believe that all of these projects and attempts at colonization of near-earth space are a waste of resources, especially given the “starving children of Africa, which could feed”. However, despite the validity of these statements, scientists say that if we do not bother about the possible construction of alternative places of settlement for people out of the Land, then it is likely at some point will suffer not only the starving children of Africa, but the entire human species. The causes can be many: the General world hunger, the outer space threats (comets, asteroids, meteorites), as well as war. Colony beyond Earth will be able to play a very important role when it goes about the survival of the human race, and become a kind of “Golden parachute”, if you want.

“You are very shortsighted if you think that the world can avoid a global catastrophe in the next hundred, not to mention the thousands and millions of years. Mankind should not keep all your eggs in one basket or on one planet. I’d love hopes that we’ll have these eggs somewhere to shift until, like a basket of them to fall.”

Even if you start looking too far ahead (hundreds, thousands and millions of years), it is very difficult to estimate how incredible amount of work remains to be done. Scientists and futurists have to look at the bigger picture, beyond religion, politics and other social issues, to understand the place of humanity in the context of the enormous Universe in which we are merely dust particles, trying to overcome our differences in relation to ideas about space exploration.